With more rain on the way the Fort Worth Fire Department is adding an additional Swift Water Rescue Team to be on standby as of Monday.

FORT WORTH, Texas - Officials in Dallas and Tarrant counties are preparing for more problems due to flash flooding this week.

A flash flood watch remains in effect until at least Wednesday morning for much of North Texas. There's also a flood warning for the Trinity River, which was already past flood stage Monday morning.

With more rain on the way the Fort Worth Fire Department is adding an additional Swift Water Rescue Team to be on standby as of Monday.

"That will be a total of three full time teams ready to go [Monday] evening. Those have been dedicated for [Monday] and [Tuesday] for sure," said Mike Drivdahl, Fort Worth Fire Department.

Drivdahl says Texas Task Forces 1 and 2, which include several Fort Worth firefighters, have been activated and are now on standby in case of severe weather.

Fort Worth and Dallas all have sensors in various parts of the cities to detect rising waters and give first responders a heads up areas to keep an eye on.

"When you look at a map of the city, there are areas that we know are lower lying. It just really depends on how much rain and how fast we get that rain," Drivdahl said. 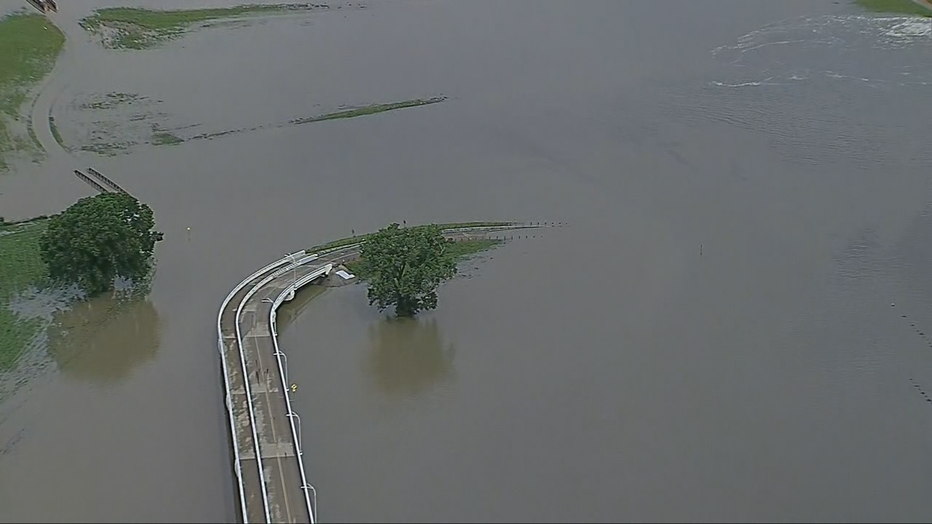 The city of Dallas was prepping its pump stations on Monday. A Dallas Water Department spokesperson said after Sunday’s heavy rain they received more than 50 calls about blocked inlets around the city.

In Arlington, homeowner Charlie Kilpatrick showed what years of heavy rain has done to what was a small creek in his backyard.

"Ten feet deep, it’s about 16 feet wide. And during a rain event like we had over the last two days it’s like a roaring rapid through here. It’s unbelievable how much water comes through here," he said.

He took video at his Misty Creek home last week and says the creek can’t sustain the runoff from recent development within the city of Arlington.

"It’s a dangerous situation and it’s a situation that the city of Arlington needs to take responsibility for," Kilpatrick said.

Arlington Public Works says it has been working with the homeowners on misty creek about the issue. But they say repairing the creek is technically up to the developers and homeowners since flooding would not directly impact city owned property.