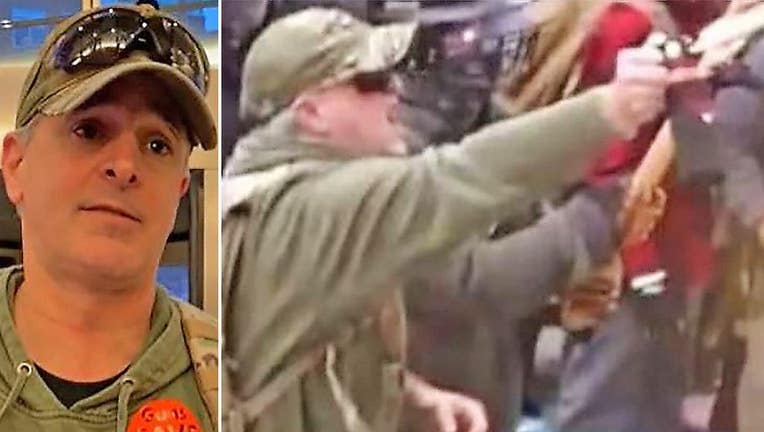 DALLAS - Another North Texan pleaded guilty to federal charges for his role in the Jan. 6 Capitol riot attack.

Daniel Ray Caldwell from The Colony admitted to assaulting law enforcement officers with dangerous weapons during the riot.

According to court documents, Caldwell used chemical spray on more than a dozen officers.

Federal agents found video clips that showed him "assaulting federal agents and engaging in disruptive and disorderly conduct on the lower west terrace of the Capitol building," according to the official statement of facts filed in the U.S. District Court in Washington.

In a video published on Twitter by ProPublica, Caldwell was interviewed about being in the crowd outside the Capitol. He recalled how police used rubber bullets to try to control the crowd.

"We stayed there and they kept spraying pepper spray," he said. "I was like, 'Dude, do it again, and I'll spray you back.' And he did, and I sprayed back; got like 15 of them and that's when they shot me with that big canon with rubber bullets."

Caldwell faces up to 20 years in prison.

His sentencing is set for February.