People in Dallas County will soon be able to get a vaccine without an appointment needed.

DALLAS - People in Dallas County will soon be able to get a vaccine without an appointment needed.

Beginning Wednesday, Parkland is hosting walkup vaccinations at its Ellis Davis Field House site for Pfizer, the only vaccine approved for people as young as 16.

It's part of a growing effort to get shots in arms as demand decreases.

At last check less than a week ago, Dallas County had 150,000 people on the waitlist. Now, that number has been cleared. 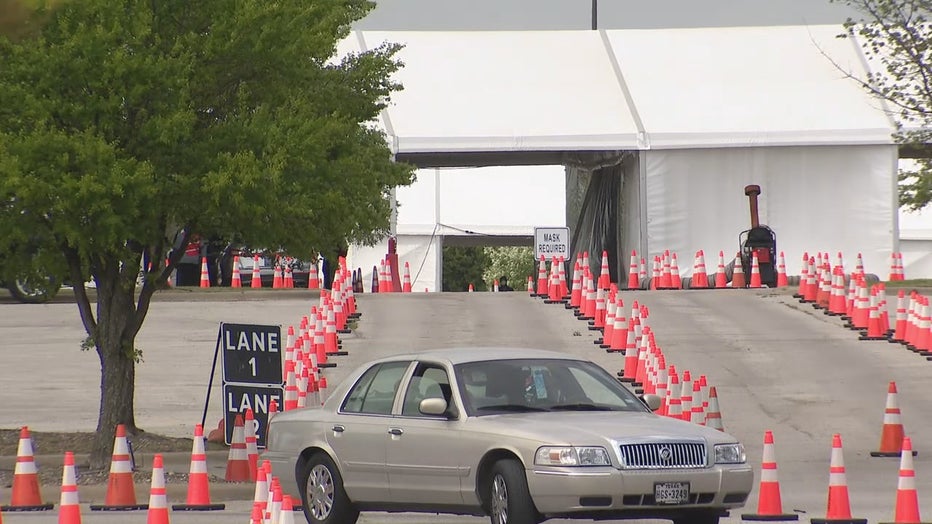 In both Dallas and Tarrant counties, health officials are confirming the signups are slowing down.

Dallas County Judge Clay Jenkins tells FOX 4 the long line to get a vaccine in Dallas County is gone. The demand has dropped off.

That’s why the county announced Tuesday anyone 60 or older can show up to Fair Park with or without an appointment.

"Only one-third of us in Dallas County have had the first dose. That means two out of three haven’t had a shot," Jenkins said.

Samia Zia, the director of strategy and integration at Parkland Hospital, says its space, supply and staff can now handle walk-ins.

"I would like to utilize our facility to the max," Zia said.

Parkland went several steps further than Dallas County. It announced that starting Wednesday anyone over the age of 16 can receive a COVID-19 vaccine without an appointment after 11 a.m. at its Ellis David Field House location in far South Dallas.

It’s important to note that Parkland uses the Pfizer vaccine. It’s the only vaccine approved for 16- and 17-year-olds. That’s why it can offer the vaccine to minors. All minors must be with an adult.

"We will have separate lanes for people who don’t have appointments," Zia said. "That way it expedites the ones that do."

Parkland says part of the reason why it opened up Ellis Davis for walk-ups is due to its location.

"The other driver was, especially at Ellis, some people don’t have the internet or smartphones. We were turning a lot of them away," Zia said.

During Tuesday’s Tarrant County commissioners meeting, health officials announced the wait time for an appointment is less than three days.

"I think we are getting to that pocket of the community where we are going to have to do more convincing," "But that’s what we wanted, right? We didn’t want a huge long waitlist. We wanted vaccination on demand."

You could get your vaccine appointment as early as the same day using the Dallas County website. About 8,0000 people signed up Tuesday in Dallas. They all received appointments the same day.