Organizers and leaders from across North Texas say they are happy to see Governor Greg Abbott’s refugee ban put on hold.

DALLAS - Organizers and leaders from across North Texas are happy to see Governor Greg Abbott’s refugee ban put on hold.

The court battle has only begun, as White House officials said they will likely appeal that judge's decision.

While the legal battle plays out, refugee resettlement groups are joining forces to make their voices heard.

They believe the ban is a disgrace, and they're urging the governor to reconsider his decision, regardless of what the courts decide.

One by one, representatives from a variety of refugee resettlement agencies took to the podium Friday to denounce Gov, Abbott's decision last week to veto the resettlement of refugees in Texas.

“As a representative of the indigenous people of this land, everyone is welcome here,” said Leroy Pena, with the Red Handed Warrior Society. 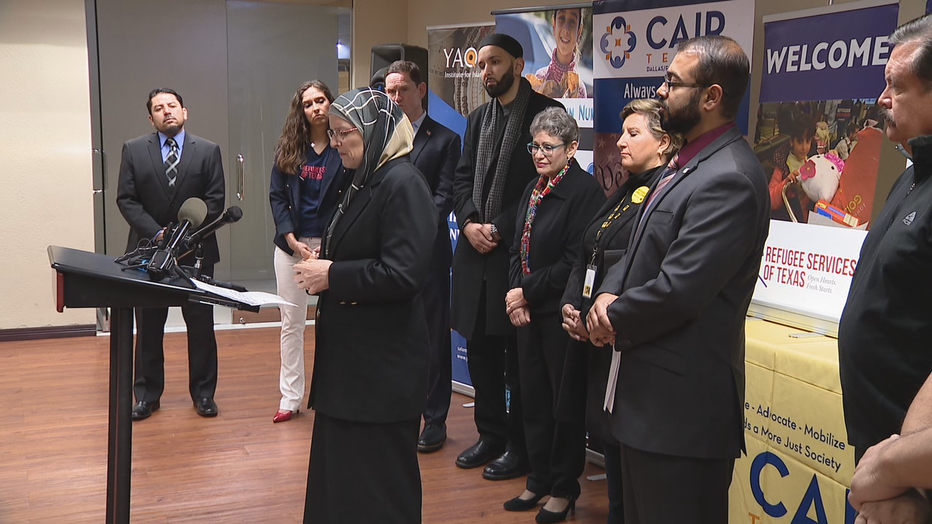 The governor used a power given to states under an executive order issued by President Donald Trump.

RELATED: Texas governor to reject new refugees, first state to do so under Trump administration

"Families would undergo much further hardship, including ongoing separation from one another,” said Ashley Faye, with Refugee Services of Texas.

In a letter sent to Secretary of State Mike Pompeo, Gov. Abbott cited the surge in migrants crossing the southwestern border last year as his reason for turning away refugees now.

Abbott added that the state had resettled more refugees than any other state since the 2010 fiscal year.

On Wednesday, a federal judge in Maryland blocked the president’s executive order, leaving the future of refugee resettlement in Texas in limbo.

“My hope is that the temporary injunction lifting this ban on resettlement will lead to the restoral of our welcoming tradition in Texas,” said Linda Abramson Evans, who founded the Committee on Refugees.

Senator John Cornyn spoke about the hot-button issue during an event in Dallas.

“If I understand it correctly, Gov. Abbott feels Texas has borne a disproportionate burden with people seeking asylum,” he said.

Cornyn said that he hopes to talk to Abbott, who is currently in Jerusalem, where he laid a wreath in remembrance of Holocaust victims.

“I do think we should make a distinction between legal immigration and illegal immigration, and the refugee system is part of a legal process. But which people's, whose lives are being threatened in other countries, come here on a limited basis to become part of the American landscape,” Sen. Cornyn added.

Because of his trip overseas, the governor could not be reached for comment.