Several North Texas police and fire departments are working together to make sure a fallen hero gets a proper sendoff.

TROPHY CLUB, Texas - Several North Texas police and fire departments are working together to make sure a fallen hero gets a proper sendoff.

Retired FDNY Captain Peter Massiello moved to North Texas two years ago and passed away in Trophy Club last week. His wife says he feared he wouldn't have uniformed firefighters at his funeral.

Pete’s life reflected an impressive 33-year long career as a New York City firefighter. And most recently, he had a courageous battle with cancer. 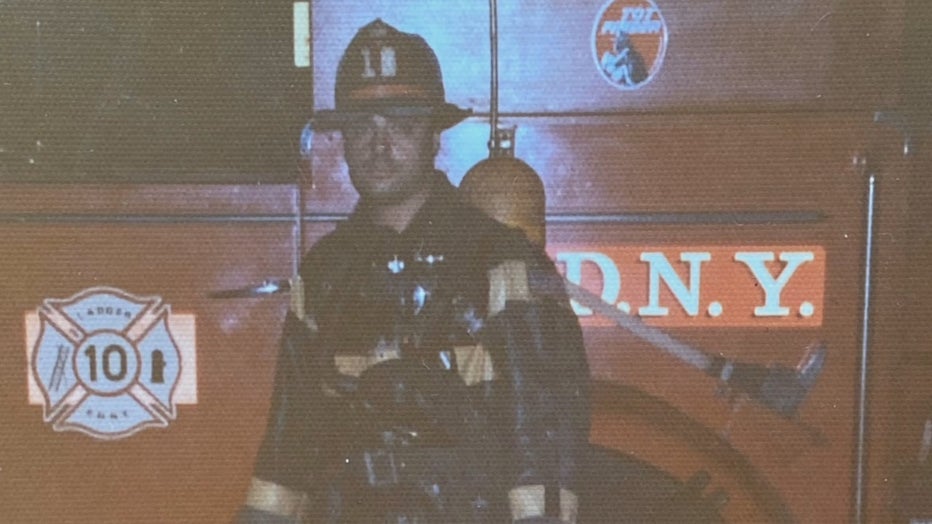 Pete died at his home in Trophy Club Monday. He and his wife, Diane, moved to North Texas two years ago to be near their son, Anthony, and his family.

Captain Massiello never had a dying wish but perhaps a concern.

"Our son was down here with our grandchildren. His one regret he had about leaving New York. He loved Texas once we got here. Everyone was just fabulous and kind," Diane said. "A week before he died, he was very ill for a long time. And he said his one regret was that there would be no one from the fire department at his funeral."

Pete served Station 84 on Staten Island. He retired shortly before the terror attacks of 9-11. However, it affected him deeply.

Trophy Club Fire Chief J. Taylor got wind of Pete’s concerns of no uniformed firefighters at his service.

"Several of my firefighters have gotten to know him, bumped into him around town, visited with him about fire service stuff, talked with him about FDNY. So they knew who he was," Taylor said. "I said excuse me? They said yes, that was a big fear of his. And my first thought was that’s not happening. We’re going to figure out a way to make this happen for this captain who spent 34 years at FDNY, and he’s down here now. He’s our Texas brother, now. We will make this happen."

"He called the FDNY in New York. He coordinated with them," Diane said. "My nephew Jimmy Mullins is a firefighter in New York City. He’s down here now. They called the Irving Fire Department, Grapevine, Fort Worth. I can’t remember all of them they’re going to show up."

Captain Massiello’s funeral is scheduled for Wednesday in Grapevine and is now expected to be a grand affair.

"What a lot of people see as firemen and fire women running into structure fires and helping people at car accidents and showing up at EMS calls. Hopefully, this will get the coverage of compassion that they have for one another."

"The fire chiefs and departments around the metroplex have just stopped what they’re doing to help," Taylor said. "It makes you very proud to be a Texas firefighter."