A North Texas family has a painfully personal story pushing them to demand changes in vehicles.

DALLAS - A North Texas family has a painfully personal story pushing them to demand changes in vehicles.

Jayden Faith Fraser was badly hurt in a 2016 crash when the seatback Fraser was sitting in collapsed after a car slammed into her family's vehicle.

The Fraser family now wants lawmakers to help them make sure other children stay as safe as possible during a crash.

Michelle and Jason Fraser have made peace with a new way of living and caring for their daughter who was 12 at the time of the accident. Jay-Fay now takes steps with the help of a robotic walker.

The Fraser’s were on the way home from volunteering to feed the homeless on Thanksgiving Day 2016 in Dallas when another driver slammed into them from behind.

"When they loaded her into the ambulance there was no light in her eyes. She came back to life somewhere in the ER or in the ambulance," Jason said.

The impact of the seatback’s collapse left Jayden with a traumatic brain injury. Her plight is the motivation for a bill moving through the U.S. Congress -- the Modernizing Seatback Safety Act. 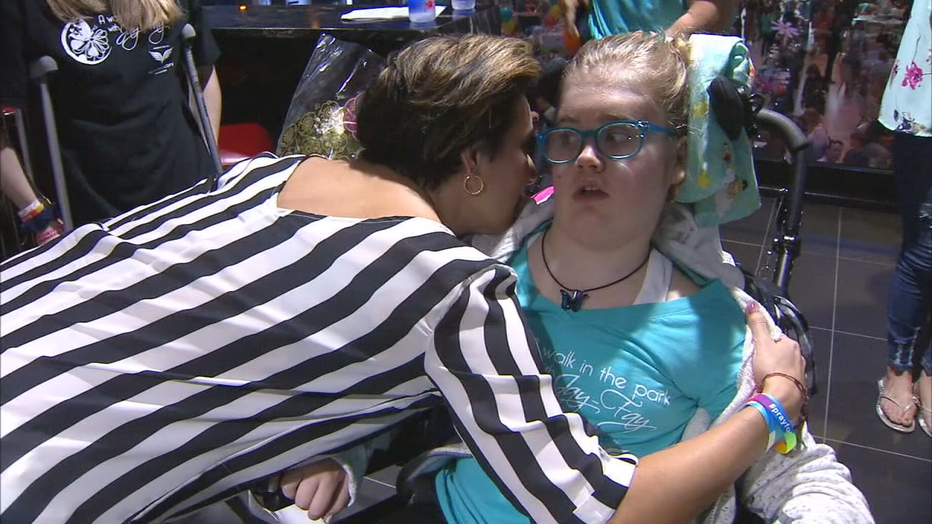 "We are having these massive advances in technology. So Jason and I and many, many others are over here saying wait a minute, if we could do all that we can certainly make the seat safer," Michelle said.

The bill, if it becomes law, would require the Department of Transportation to revise seatback safety standards for automakers with an emphasis on protecting children in rear seats.

"The idea is we want to help people understand you can call your senator, you can write to them and say I am for this. This is something that needs to be fixed, it needs to be changed," Michelle said.

Meantime, Jayden who has progressed to communicating with eye blinks, nods and even laughter, will celebrate her 17th birthday next week.

"We’ve come 1,000,000 miles and we’ve got 1,000,000 miles to go. We’re just excited and now it’s time to make this makes sense and something good come out of these lemons we got dealt and I think that’s really why we were put in his place so we can make a difference," Jason said.