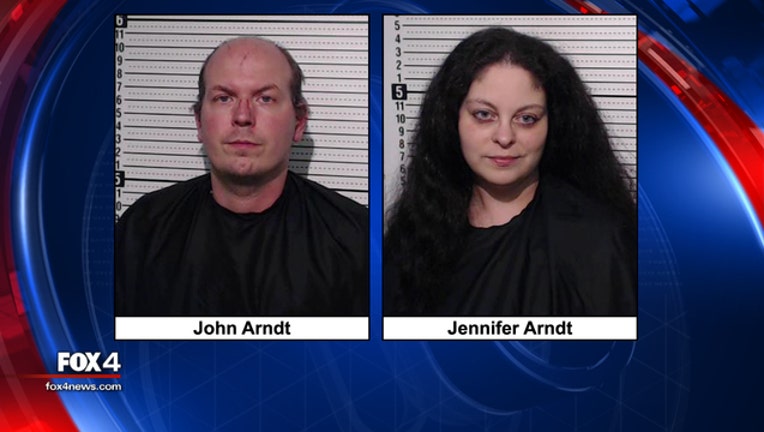 DENISON, Texas - A Grayson County couple is charged with the death of their 12-year-old son.

Jennifer and John Arndt are charged with injury to a child and child endangerment.

Child Protective Services reportedly alerted police two weeks ago after the Denison couple’s malnourished son was taken to the hospital with injuries. He died a few days later.

A grand jury indicted the couple Wednesday and they are still in jail.