Throughout February, North Texas Boy Scouts are collecting food to give to the less fortunate as part of the Scouting for Food Drive.

Throughout February, North Texas Boy Scouts are collecting food to give to the less fortunate as part of the Scouting for Food Drive.

Boy Scouts are going door-to-door to collect cans of food for those who need it the most. 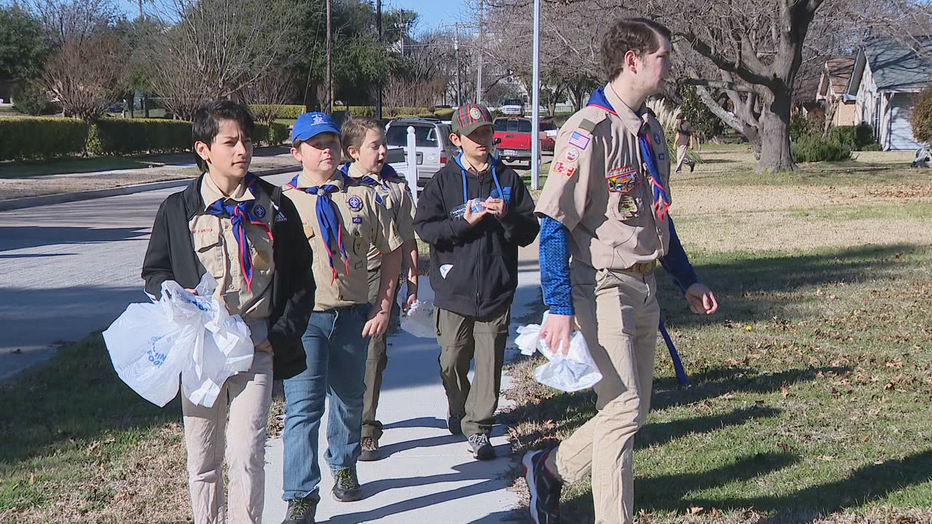 "I know that, like, a lot of people don't have the food that a lot of us do. So giving back to them is very satisfying," Samuel Kaufman said.

Locally, the Circle Ten Council is doing its part.

This month, thousands of Boy Scouts are going into neighborhoods asking for people to donate as many non-perishable food items as they can.

Many are happy to help.

"I think it's a great service that they're providing for the community,” Plano resident Fonta Basnett said. “I think it's really important to teach the young generation how to support their community in any way that they possibly can and be a part of that."

Everything that's collected is then delivered to dozens of local food banks and the Salvation Army.

"If everybody gives a little bit, we could serve a lot of people. We know that, at our Dallas shelter, that we have hundreds of people that come each month for assistance. That assistance is just to help them bridge the gap between their normal income or food budget items. So it just helps stretch those dollars further,” said Elizabeth Andrus, with the Salvation Army. 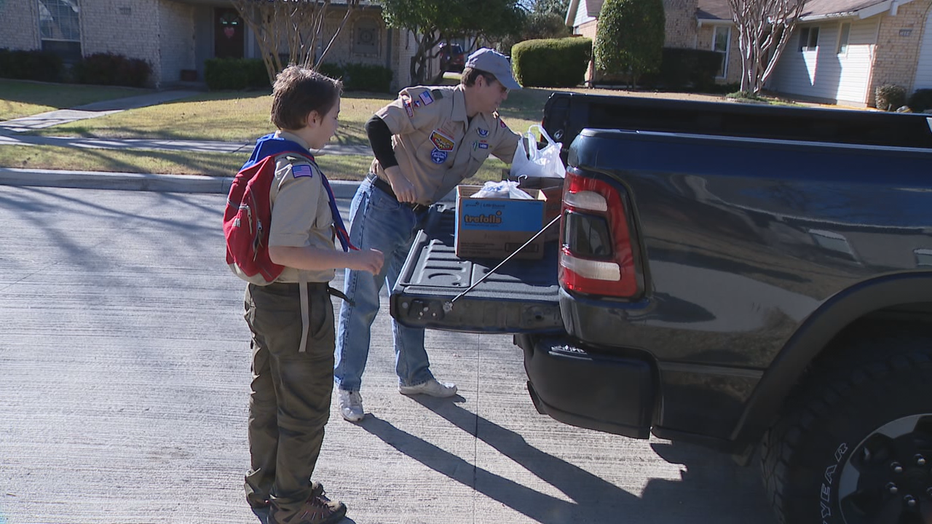 Service projects like this are how they keep their promise to "help other people."

"It puts a smile on other people's faces, and that's what I like the most," Kaufman said.