A federal court ruling voided the Biden administration's travel mask mandate, causing a lot of confusion and tension in the hours over when the mandate actually ends. American, Alaska, Delta, United and Southwest were among the airlines announcing Monday afternoon and evening face masks on board are now optional.

DALLAS - A federal court ruling voided the Biden administration's travel mask mandate, causing a lot of confusion and tension in the hours over when the mandate actually ends.

After the White House could not give an answer on the record Monday afternoon, the Associated Press reported a Biden administration official told them the TSA would stop mask enforcement immediately.

Airlines must have gotten the word because American, Southwest, United and Delta among others announced Monday afternoon they were dropping their mandates.

But some reports indicate some confusion.

Dallas Mayor Eric Johnson tweeted Monday evening about his experience flying back to Dallas from Washington, D.C., saying Southwest Airlines in Washington was denying passengers a boarding pass if they were not wearing a mask.

After the ruling out of Florida, many are wondering what happens next.

There was a state of confusion at Dallas Love Field Monday afternoon.

Not too long after the ruling, a domino effect of airlines announced masks are now optional.

Mandatory mask wearing in the sky shifted drastically Monday from the time William Rawlings’ flight took off to landing at Love Field Airport in Dallas.

Unions representing flight attendants are remaining largely neutral about the federal ruling as flight attendants themselves are split on the masking issue. Airline travelers have mixed opinions about the ruling and how they plan to proceed when flying.

"Even though we have all adapted, everyone is highly anticipating getting out of masks and back to normal," he said.

Monday, a federal judge in Florida overturned the CDC’s mask mandate for planes and public transportation, calling the requirement "unlawful."

The judge ruled the CDC did not have the authority to impose this mandate.

An official with the Biden administration confirmed the TSA will not enforce masks at airports or on airplanes.

White House: Federal transportation mask mandate 'not in effect at this time'

American, Alaska, Delta, United and Southwest were among the airlines announcing Monday afternoon and evening face masks on board are now optional.

Most airlines were already requesting for the mask mandate to end, including Fort Worth-based American Airlines. 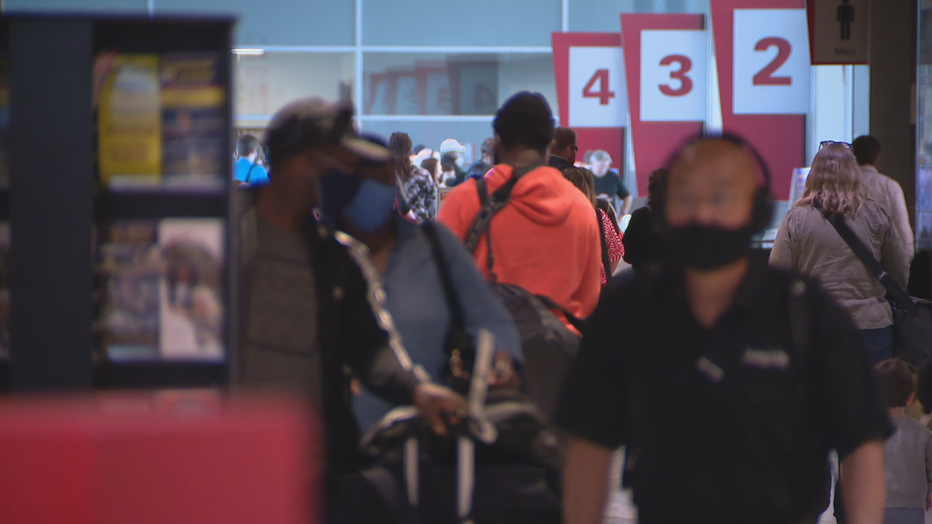 Monday, the same confusion was felt in the cockpit, according to the Allied Pilots Association, the union that represents 14,000 American Airlines pilots.

Spokesperson Captain Dennis Tajer spoke to FOX 4 before his flight to San Francisco.

"Metaphorically, we are the kids, and we are looking at both parents, and they are saying different things," he said. "As challenging as it was coming into this, let’s throw on masks as we are coming out of it. It’s ironic this long pandemic both have frayed ends."

The Biden administration is focusing on its position that it agrees with the CDC’s recommendation to keep masks on in crowded places but is lacking answers about the next steps.

Still no word from the Department on the Justice on if they will order a stay on this ruling.