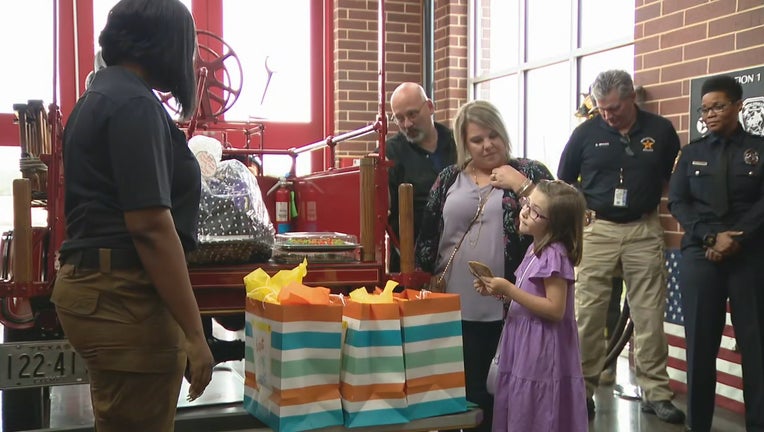 MIDLOTHIAN, Texas - A 7-year-old girl who survived a terrible accident got to meet the people who saved her life.

Jesy Defazio and her mother were hit by a wrong-way driver in January in Midlothian, south of Dallas.

Her mother did not survive. Jesy spent three days in the ICU.

Four months later, she and her grandparents visited a Midlothian fire station to meet the first responders who pulled her from the wreckage.

"I want to see them one more time. I just love how they treat me and stuff like that," Jesy said.

"In an awful situation, we've been blessed to get to know some amazing people. Everyone who took care of Jesy at the scene, checked in with us afterward, made sure we were doing okay, made sure Jesy was doing okay, it's very nice in this time and age to see people who genuinely really, really care," said Phillip Defazio, her grandfather.

Jesy’s grandparents said she is doing okay and hopes to keep in touch with the paramedics.