Many Ukrainian Americans in North Texas still have family in Ukraine who are trying to move away from the danger, heading west or away from major cities.

Ukrainian Americans in North Texas are closely watching what's happening with the Russian invasion of Ukraine.

Many still have family in Ukraine who are trying to move away from the danger, heading west or away from major cities.

"I am trying to wake up from this nightmare, but unfortunately, it's a reality," Marta Petrash, vice president of the Ukrainian American Society of Texas.

Petrash still has family in Ukraine, including her mother who’s trying to move away from any cities to safety.

Ukraine’s health minister said there have been non-combat injuries.

Kyviv under attack with several reports of explosions

Explosions were heard in the Ukrainian capital of Kyiv early Friday as Russian forces pressed on with a full-scale invasion that resulted in the deaths of more than 100 Ukrainians in the first full day of fighting and could eventually rewrite the global post-Cold War security order.

Pictures and video on social media from the capital of Kyiv show frantic crowds of traffic also trying to head to safety after Russian aerial attacks began.

Chrystya Geremesz, who is a founding member of the Ukrainian American Society of Texas, spoke to her family Wednesdsay night to make sure they had supplies in case anything happened.

"Five minutes after the end of the phone call, I started getting calls and texts about the invasion is now in the text and I couldn't sleep," Geremesz recalled. 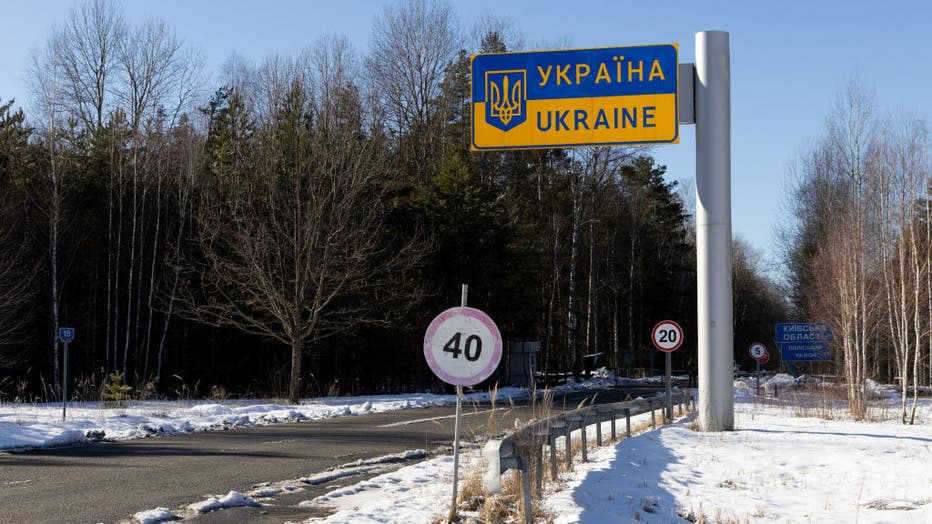 "The world needs to stand up to Putin. You can't have an outlaw causing havoc and, you know, invading sovereign territory, invading democratic free countries," Geremesz said.

Ukrainian Americans in Texas said they fear Putin has his sights set beyond Ukraine.

"This is not just the freedom for Ukraine. This is democracy overall in the world order," Geremesz said. "This is being challenged by not only Putin, but it's being also watched by other dictators."

What began as a minor incursion into areas where Russia already had a foothold has now apparently turned into a full-scale invasion of Ukraine. Good Day talked to Newsweek editor-at-large Naveed Jamali about the Russian invasion.

As the conflict continues to unfold in Ukraine, those watching from the U.S. are asking for continued support.

"More than anything, we're asking everyone to pray those that that understand that prayer is also very effective when you're dealing with such evil," Geremesz said.

The Ukrainian American Society of Texas is working on coordinating humanitarian efforts through Poland.

They invite people to learn more about what happening through their organization’s website: www.uast.org.