North Texans searching for ‘waste lists’ to get vaccinated early

If you're looking for a vaccine but you're not eligible yet, there are proper ways to get it done.

ROCKWALL, Texas - If you're looking for a vaccine but you're not eligible yet, there are proper ways to get it done.

It requires a lot of calling, a lot of work, and it’s usually due to cancellations.

Make no mistake, the demand for doses is still incredibly high.

In Rockwall on Friday, officials said they had 40 extra doses. It was first come, first served. They were gone in about 30 minutes.

But FOX 4 has learned if you aren’t eligible, there are ways to get vaccinated. It just might take a little effort.

Sara Fiddler and her husband aren’t yet eligible for the vaccine. But on Sunday, they found a way to get it without butting in line. 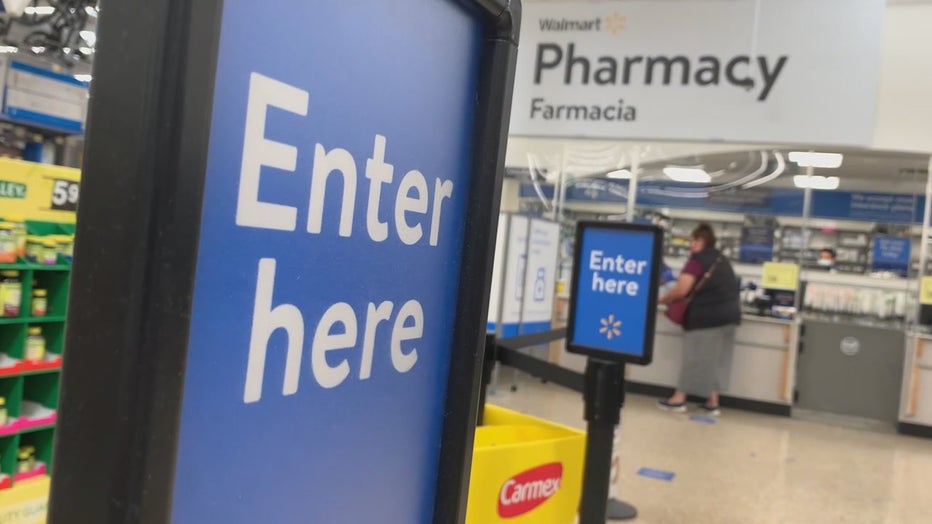 People call around to pharmacies and ask the pharmacy to call them if they end up with extra doses either from no-shows or cancellations.

"I started calling around literally like 17 places. Got on as many as I could, and we got the shot same day," Fiddler said. "So pretty awesome. I wasn’t expecting it to be that quick."

Neither Walmart nor CVS would talk about any sort of official process people should follow.

A CVS spokesperson said: in the rare event of unused doses in our pharmacies, our pharmacy teams will use their best judgment for how best to efficiently manage extra doses.

People have said you just have to call around. But you also have to be ready to show up at a moment’s notice.

"Some of them said you really needed to be there within like 30 minutes. It was that time sensitive," Fiddler said.

Public-run vaccine hubs have also turned to those not yet eligible due to no-shows and last minute cancellations.

Corsicana Fire Chief Paul Henley says they’ve probably done a couple hundred vaccinations at the Corsicana hub for people outside phases 1A, B and C.

"Sometimes because of missed appointments, we have capacity and that allows maybe general population to be able to get the shot," he said. "And we’ve done that on a number of occasions out of necessity."

It’s also in part because the county's seen a decline in people registered in those groups.

"We try to be good stewards of the vaccine and take again by priority list of the state first," Chief Henley said. "But we have found ourselves needing to put some shots in some arms and those that might have been later are getting a shot earlier."

For the Corsicana site, people have to register online to have a chance at getting vaccinated.

Local health officials have told people to register even if you aren't eligible yet. You should also register at multiple different hubs in the area.