DALLAS - Friday is the deadline for voting clerks to receive applications for mail-in ballots in the March primary elections, and a larger-than-usual number of ballots are being rejected.

Mail-in ballots make up a relatively small number of votes compared to those cast in-person during early voting and on election day. However, new state requirements have led to more confusion and a higher rate of rejection on both applications and mail-in ballots themselves.

Rosaida Bledsoe is worried that her bedridden husband has not received his mail-in ballot, despite mailing the application weeks ago. 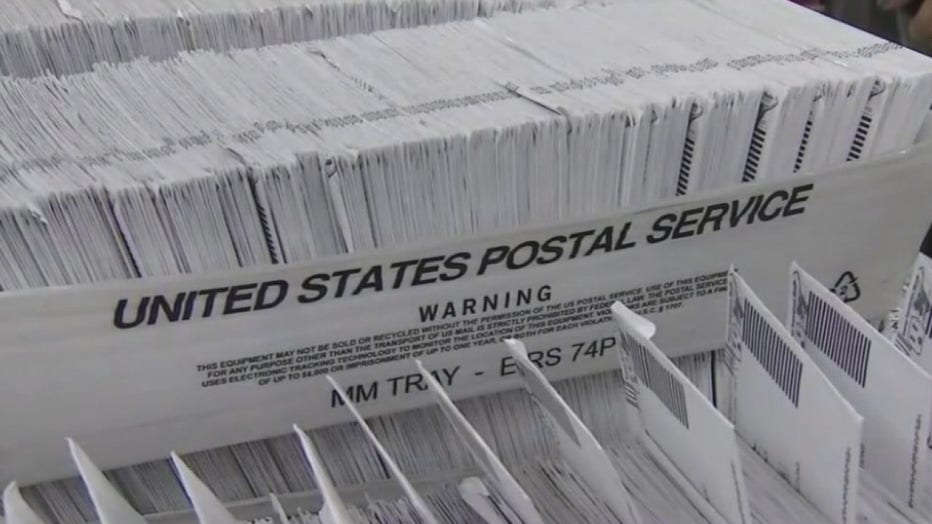 "I think the abuse of mail-in ballots has gotten out of hand, but my husband is actually bedridden and unable to vote," she said.

Bledsoe tried to deliver a second application on his behalf at the elections office but was turned down. Under the new Texas law, you cannot turn in someone else's ballot application.

"Apparently, I can't do this in person," she said. "I can put in the mail, but tomorrow is the deadline."

"It's a harder process," she said. "As an elections worker, it's frustrating."

Right now, Dallas County is seeing one in five mail-in ballots that won't be counted unless the voters correct them.

The reason is that the registrants did not follow all the fine print on the ballot envelope, which includes providing the last four digits of your social security number or your driver’s license number or other state authorized ID.

How to vote by mail under Texas' new voter ID law

"Unless you flip this up and read this, you don't realize it is mandatory," Solorzano said.

In Collin and Tarrant counties, it's one-quarter of the ballots lacking the new information required by law.

"We certainly did not use to be 25%, but I think it was smart to include in the law a section that allows people to cure," said Tarrant County Elections Administrator Heider Garcia. "In the past, there was not even a notice until after Election Day because it was final."

Garcia says if you are sending in a ballot by mail, you should put the last four of your social, driver’s license number, phone and email.

Collin County Elections Administrator Bruce Sherbet says voters will have up to six days after the election to correct their ballot.

"If we have a problem with the ballot, we will notify the voter and give them 3-4 different options for how to cure it and correct it," he said. "It is a straightforward process. It is just a learning curve getting everything in motion right now."

Bledsoe just hopes her husband is able to get his.

You can be proactive to monitor your mail-in ballot from the application to the vote itself.

The state has an online ballot tracker where you can see the status of your mail-in ballot application and then see if your ballot is accepted or if you need to provide additional information.