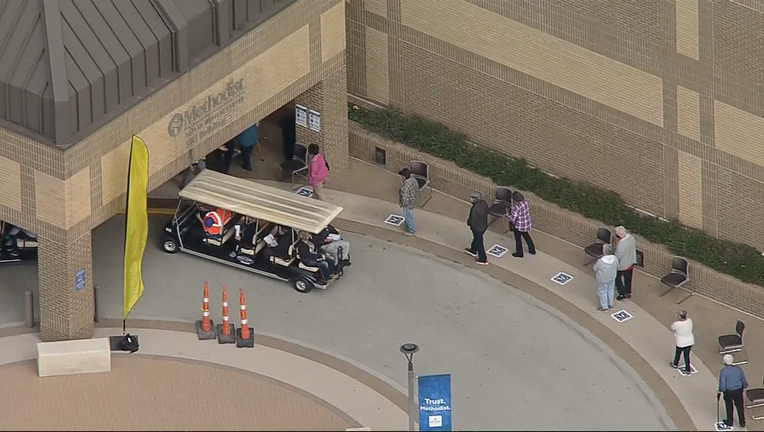 DALLAS - Methodist Dallas Medical Center in Oak Cliff is on track to give out more than 3,000 COVID-19 vaccines Thursday.

The hospital stepped up to help the city of Dallas with vaccinations after the city received its first allotment last week.

He talked about what’s needed to get more vaccines out, as well as the long lines and confusion reported at previous vaccine sites.

"We could do more. We could actually put through more vaccines if we had them to do. The big limit right now is the allocation itself," Mayor Johnson said. "We’re learning from all of these experiences and we’re getting better I think at delivering these vaccines faster and more efficiently. I think that we’re coming close to having an infrastructure for distributing vaccines that will be able to scale up and that was the goal."

The city of Dallas will push for more vaccines from the state and the state plans to advocate for more from the federal government.

In the meantime, Dallas Area Rapid Transit is providing transportation Thursday and Friday to Methodist from remote parking lots.

Everyone must have an appointment to get a shot.