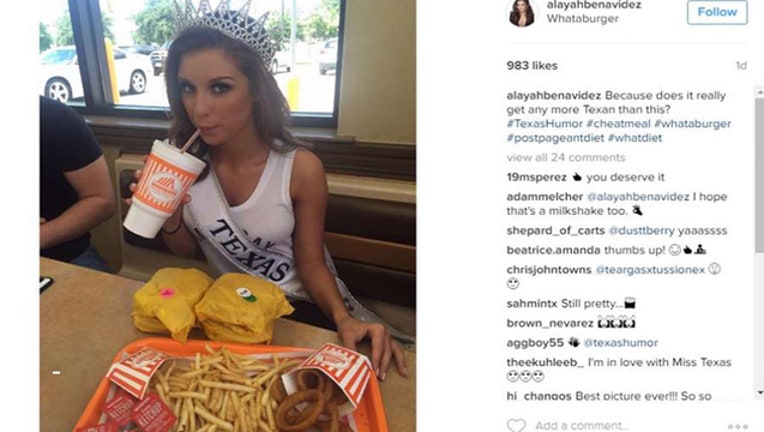 The winner of this year’s Miss Texas beauty pageant made sure to embrace the “Texas” part of the title.

Benavidez, 20, posted an Instagram photo of herself at the Whataburger, wearing her tiara and sash. In the picture, she is drinking soda from a large Whataburger cup, and in front of her are four burgers, an order of onion rings and pile of fries that took up half her tray.

“Because does it really get any more Texas than this?” she posted in the caption.