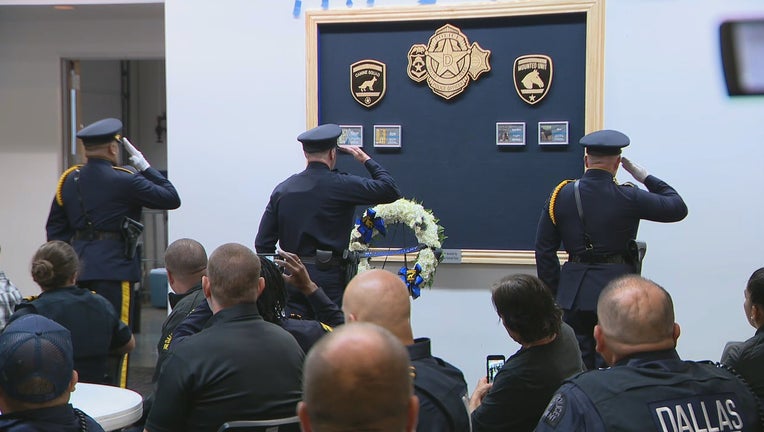 DALLAS - Dallas police officers are honoring the police dogs and horses that have served with them.

The new memorial from the Dallas Police Association lists the names of the canine squad and mounted unit animals that have died in the line of duty.

Police said the fallen animals were more than tools. They were partners in fighting crime.

"For the DPA to take a step forward to recognize these animals is remarkable and it’s great to know that these animals will be remembered," said Deputy Chief Michael Igo with the Dallas Police Department.

Officers who work now on the canine squad and mounted units joined officers at the memorial dedication.