Local and federal agencies and the Naval Criminal Investigative Services partner with the FBI and FOX4 got a look inside the North Texas Regional Forensic Computer Laboratory’s new home.

DALLAS - North Texas is home to one of only 17 FBI computer forensics labs and training centers in the country devoted to the examination of digital evidence.

Local and federal agencies and the Naval Criminal Investigative Services partner with the FBI and FOX4 got a look inside the North Texas Regional Forensic Computer Laboratory’s new home.

"We do everything we can do here to help solve crimes, particularly violent crimes, by extracting data from mobile devices and examining that data," said Matthew DeSarno, Dallas FBI Special Agent in Charge.

Think of it as a crime lab making what's in the cloud clear: documents, emails, IM's, text messages, even locations. All to help solve crimes, officials say.

"This lab serves as a delivery of justice for the victims that have suffered crimes, including especially our homicide victims," said Ex-Asst. Chief Albert Martinez, Dallas Police Department.

This year for the first time more than half of their work is being done on mobile devices and not desktops. The two greatest challenges for technicians doing this work is volume of data and encryption. 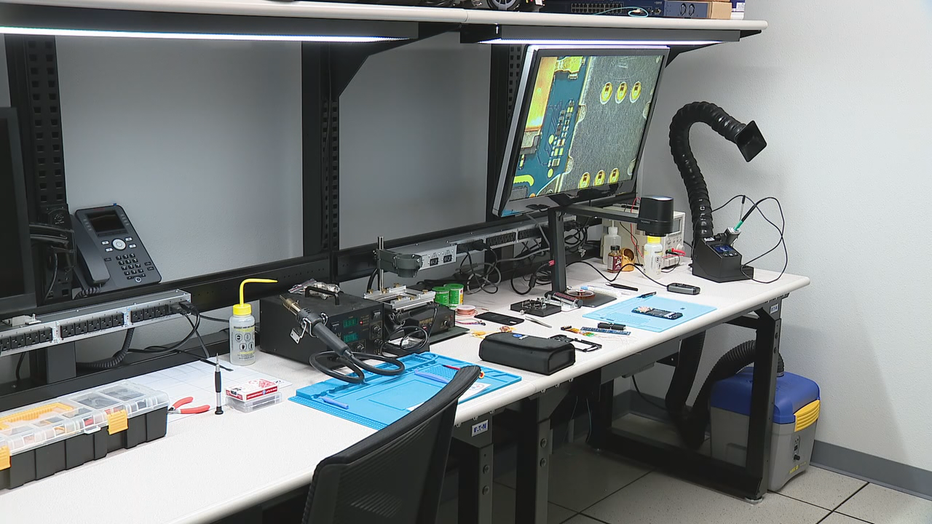 "One of the things we try to stay ahead of is how to defeat that encryption when we can and collect that evidence when we're authorized," DeSarno said.

What happens at the facility provides assistance to 137 North Texas counties along with Arkansas and Oklahoma. Local partners benefit from the digital evidence gathering.

"It’s certainly something that provides us a local benefit to our cases in Frisco, but it also provides a regional benefit as well," Chief David Shilson said.

When the Odessa mass shooting happened, examiners from the facility deployed to West Texas with the mobile forensic lab.

"Those examiners were critical in helping investigators immediately figure out how many shooters were involved and then immediately started to build some evidence that helped the investigation move pretty quickly, actually," DeSarno said.

Dallas County District Attorney John Creuzot praised the work and said it could help answer questions for cases he has pending.

"This is not just to prosecute people. It’s actually to find out what the truth is and it falls either way," Creuzot said.