In his second week on the job, the new Dallas police chief laid out strategies he plans to use in order to curb violent crime in the city.

DALLAS - In his second week on the job, the new Dallas police chief laid out strategies he plans to use in order to curb violent crime in the city.

Violent crimes continue to tick up from the year before.

With less than a week officially on the job, Chief Eddie Garcia fielded questions from city council members who are expecting positive results from the crime reduction plan, which many of them have been critical of in the past. 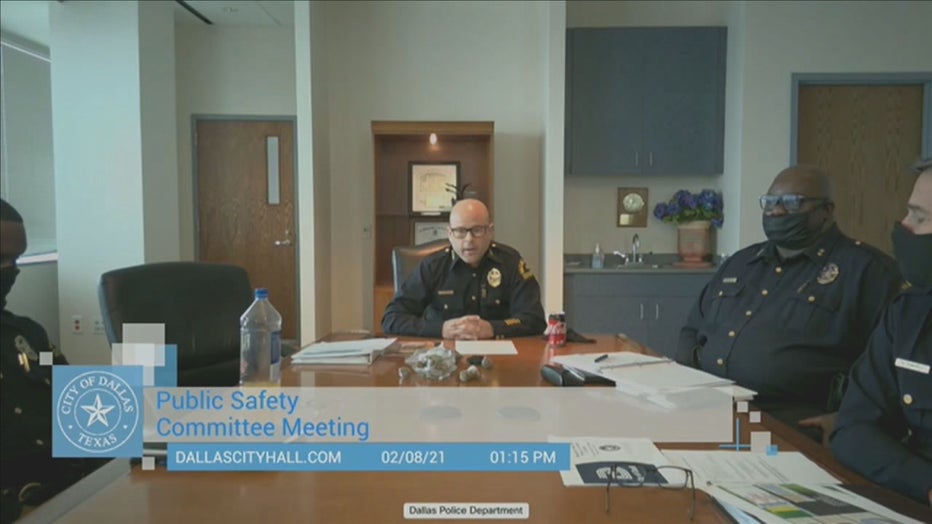 With a new police chief in town, Dallas City Council members are eager to see results.

"You have gang offenses that have gone up exponentially from 20 last January 2020 to 50 this January, and narcotic offenses that went up from less than 620 last year to 680 plus this year," said Councilwoman Cara Mendelsohn.

But the department stresses seeing crime numbers go up is not always an indicator its strategies are not working.

"I don’t want to necessarily look at a number going up from a perspective as a negative thing," Chief Garcia said. "I want to look at that number going up because officers are being proactive and making arrests in areas we may not have done so in the past."

Chief Garcia says he will be tapping criminologists and experts he’s worked with before when he was chief in San Jose, California, to help develop strategies he hopes will be effective in Dallas.

"We know a great percentage, 75-80 percent of the calls for service usually involve 20 percent of addresses and neighborhoods, so we’re going to be targeting," Chief Garcia said. "The other step is to disrupt criminal enterprises where they meet."

Chief Garcia also talked about working with community members to make sure Dallas PD is targeting the right areas and reaching gang members before they start committing violent crimes.

"But then you have to piggyback that, long term, giving people hope and bringing in jobs, mental health and education, substance abuse and give people an avenue to leave and give people some hope," he said.

How effective these strategies will be remains to be seen.

"Driving around some of the areas I did over the weekend, we really have a lot of work to do," the chief said. "We have to give people hope. Because people that are hopeless will do things that are not congruent with what we’re trying to accomplish."

DPD leaders hope to have changes to the violent crime reduction plan ready to present to council by April.