The Senate Homeland Security and Governmental Affairs Committee (HSGAC) and Budget Committees postponed planned business meetings Wednesday where they were supposed to vote on Neera Tanden, President Biden's pick to be the director of the Office of Management and Budget.

An official notice that the Tanden markup was postponed went out on the HSGAC website. A source familiar told Fox News that "Tanden's budget markup is postponed" shortly before the Budget Committee sent out its official notice.

Tanden's nomination was on shaky ground ahead of the scheduled committee votes after Sen. Joe Manchin, D-W.Va., and many Republicans said they would oppose her nomination last week. Now it's thrown further into doubt by the cancellation of the two committee votes.

RELATED: What Biden’s Cabinet picks say about how he plans to govern

"I have carefully reviewed Neera Tanden’s public statements and tweets that were personally directed towards my colleagues on both sides of the aisle from Senator Sanders to Senator McConnell and others," Manchin said. "I believe her overtly partisan statements will have a toxic and detrimental impact on the important working relationship between members of Congress and the next director of the Office of Management and Budget."

"Neera Tanden is a leading policy expert who brings critical qualifications to the table during this time of unprecedented crisis," Psaki said. "She also has important perspective and values, understanding firsthand the powerful difference policy can make in the lives of those going through hard times. She has a broad spectrum of support, ranging from the U.S. Chamber of Commerce to labor unions, and has a strong record of working with both parties that we expect to grow in President Biden's cabinet as the first South Asian woman to lead OMB." 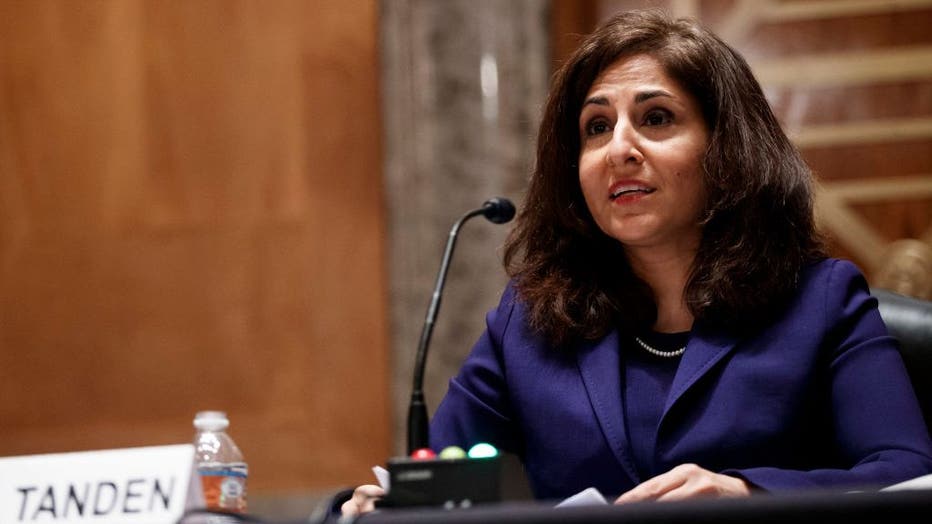 Neera Tanden, the nominee for director of the Office and Management and Budget, speaks during a Senate Homeland Security and Governmental Affairs Committee confirmation hearing on February 9, 2021, in Washington, DC. (Photo by Ting Shen-Pool/Getty Im

The office of Sen. Lisa Murkowski, R-Alaska, did not immediately respond to a request for comment on whether she'd made a decision on how she will vote on the Tanden nomination. Murkowski is considered one of the last Republicans who may vote for Tanden, thus canceling out the Manchin defection and allowing Tanden to be confirmed.

Fox News' Jason Donner contributed to this report. Get updates on this story from foxnews.com.