The St. Vincent de Paul Pharmacy has been getting needed medications to folks who cannot afford them in North Texas and across our state without any charge to those people.

DALLAS - The St. Vincent de Paul Pharmacy has been getting needed medications to folks who cannot afford them in North Texas and across our state without any charge to those people.

Since the pandemic, the need has increased. The pharmacy hoping for an increase in charity to help its cause.

It’s called a charitable pharmacy. It opened its doors in Dallas in March 2018. Since then, it’s filled over 50,000 prescriptions for people in need for free.

"Right here, we have an insulin pack that we prescribe free," explained Carlos Irula, the pharmacist-in-charge. "Basaglar is a long-acting insulin that is our most dispensed.  A three-month supply of this medication will run about $750 for people that are uninsured." 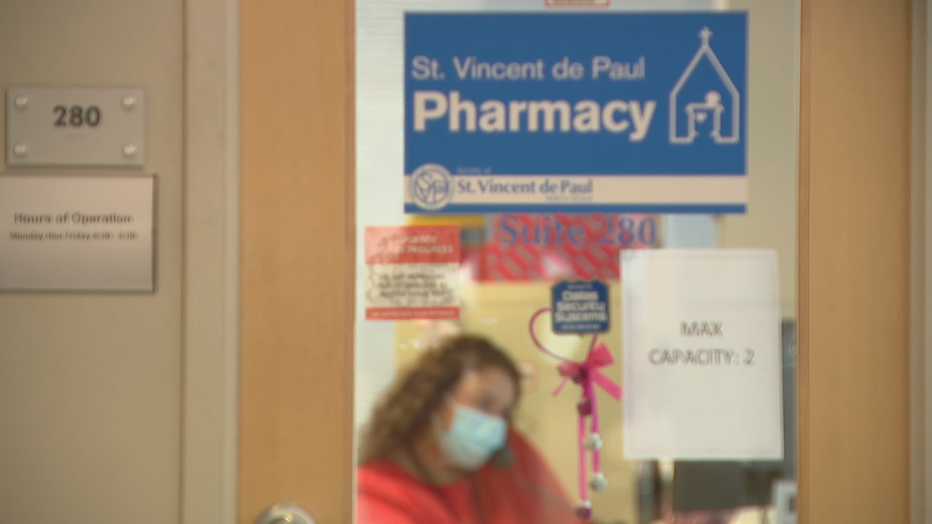 The only of its kind in Texas. St. Vincent de Paul Pharmacy is filling prescriptions free for the uninsured and those who meet minimum income standards.

"Since March, we've provided over $12 million of medications," Irula said.

They are prescriptions Lisa Bahr can't get for herself right now.

Bahr says the charitable pharmacy has saved her life.

The pandemic has pushed more people to the pharmacy.

The pharmacy is operating on donations of medicines from manufacturers and vendors. Some were purchased at a reduced rate through a Catholic foundation grant.

Though, most have come from the benevolence of business and individual donations. They are hoping now to raise $5 million more to do more.

"It allows us to do what we do best: it's sharing God's love by providing access to medications to people with dignity," Irula said.