Young adults in the U.S. choosing to live with their parents in an effort to save on rent are facilitating a luxury goods boom, according to a new study.

Inflation concerns and record-high prices in rent, groceries, and other amenities have caused nearly half of all young adults (48%) between the ages of 18 and 29 to choose to live with their parents, a conglomerate of analysts found, citing data from the U.S. Census Bureau.

The data came from a Pew Research Center analysis, USA Today, the University of Minnesota, and a team of Morgan Stanley analysts led by Edouard Aubin.

One sector that has benefited from the Millennial and the Gen Z decision to stay at home is luxury retailers, the report found, as young adults are spending less (or nothing) on rent and are then using the extra disposable income on higher-end brands of clothing and luxury items.

IS 30 THE NEW 20? WHAT YOUNG ADULTHOOD LOOKS LIKE IN THE NEW ECONOMY

"When young adults free up their budget for daily necessities, they simply have more disposable income to be allocated to discretionary spending," Aubin said in the report. "We see it as fundamentally positive for the [luxury] industry." 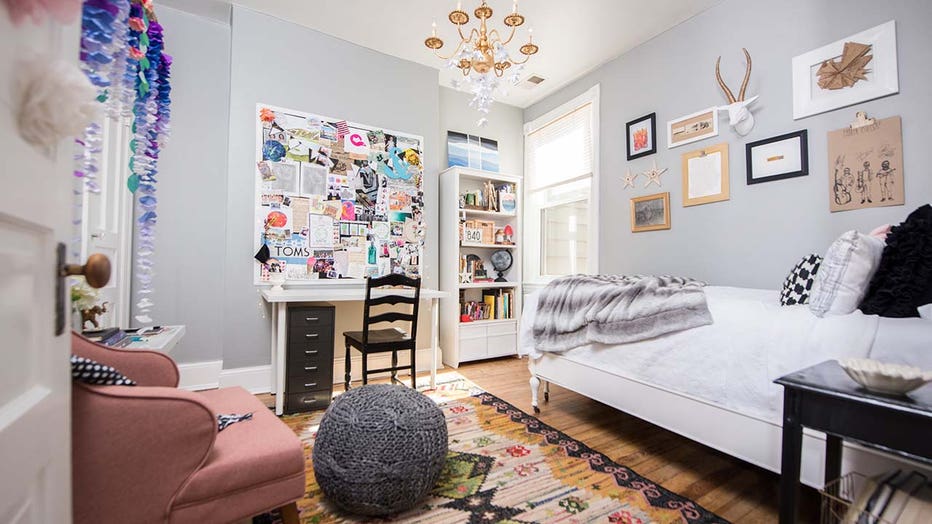 The teenage daughter's bedroom in the Hoburg family's renovated Capitol Hill rowhouse on July 26, 2017. A Washington family makes a modest 100-year-old three bedroom rowhouse their own, budgeting to do things as they could afford. (Photo by Mike Morg

A Property Management survey in Dec. found only four-in-ten millennials living at home say their parents charge them rent. Of those, nearly half were paying less than $500 per month.

"When asked about the incentives to move in with parents, 51% of the young adults said that it was to save money and 39% of them said that it was because they could not afford rent," PropertyManagement.com said in its survey published Dec. 5.

Aubin and his team of analysts found some of those polled also cited a desire to pursue higher education — utilizing the cheaper rent option to help cover its costs — and intentionally choosing not to depart from their parental protection until their debts are paid off.

RELATED: Nearly half of US workers hope to get promoted, a raise in 2023, survey shows

"This is of course not the only reason luxury-goods consumers are getting younger in the West (social media playing also an important part) but we see it as fundamentally positive for the industry," the analysts reported.

Other payment options for luxury goods, such as buy-now-pay-later have also facilitated the increase in high-end spending, according to Quartz.

The report found the figure of young adults staying at home is the highest it has been for decades.

Find the latest updates on this story at FOXBusiness.com.