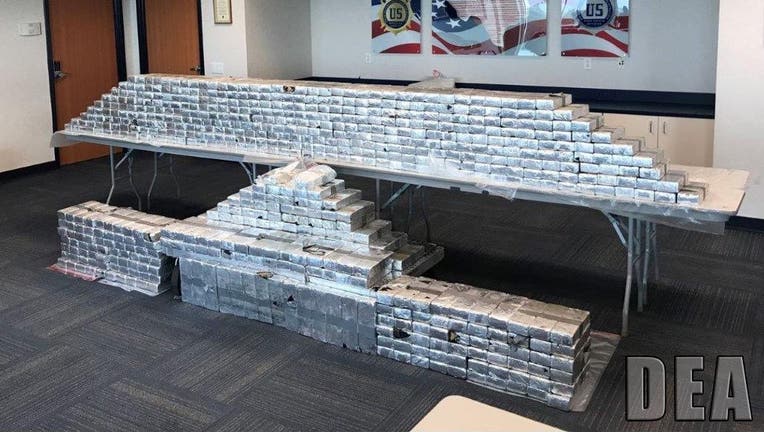 DENTON, Texas - Authorities are now calling an October meth bust one of the largest ever in North Texas.

A narcotics sniffing dog reportedly picked up the scent of methamphetamine during a traffic stop in Denton County on Oct. 8.

Agents with the United States Drug Enforcement Administration said 1,950 pounds of meth was found under a false floor in a refrigerated tractor-trailer.

Law enforcement agents found about $45 million worth of methamphetamine hidden inside a tractor-trailer in Denton County.

"This staggering seizure of methamphetamine and heroin has undoubtedly saved lives and hurt the pocketbooks of this transnational criminal organization," said Eduardo A. Chávez, the special agent in charge of the DEA Dallas Field Division.  "Our investigation will not cease until all of those responsible, including those cartel leaders who think they are untouchable, are brought to justice."

Agents believe the 633 packages of meth were intended to be repackaged in smaller quantities and distributed to various locations in Texas and beyond.

The street value of it all was about $45 million.