The Navarro County judge says he’s on edge this Fourth of July weekend with the extreme drought conditions. He says he’s received some praise from the decision as well as criticism. But he says even a spark could turn into a fire that’s out of control.

CORSICANA, Texas - Because of the heat and the lack of rain in the area, some local government officials are banning the use and sale of certain fireworks.

Navarro County made that announcement Friday.

The Navarro County judge says he’s on edge this Fourth of July weekend with the extreme drought conditions. He says he’s received some praise from the decision as well as criticism. But he says even a spark could turn into a fire that’s out of control.

In northern Navarro County right off I-45 waits Frontier Fireworks. 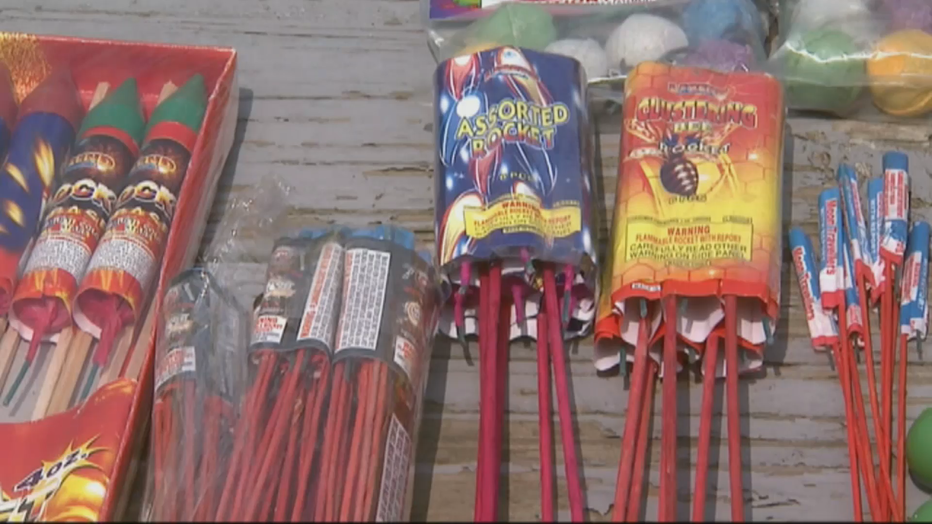 Owner Bruce Frost says the Friday before July Fourth is usually the calm before the storm. A few customers hopped off the highway to make purchases.

The family-owned stand’s slogan is usually buy and pop, where you can purchase fireworks and set them off right on the property.

We usually do. We are set up for it," Frost said.

But a few hours into business Friday afternoon, their policy changed.

"We are all looking and expecting the worst, hoping it won’t happen," he said. "I think right now we are 12 inches of rain behind of where we should be."

Due to very dry and hot conditions, Navarro County issued a local state of disaster banning all residents in the unincorporated part of the county from popping off fireworks. They also banned the sale of certain types of fireworks.

As a precaution, nearby Corsicana Fire and the county’s 25 volunteer fire departments bumped up personnel for the weekend.

"The potential is there for it to be very bad," Davenport said.

One hundred and 81 Texas counties, including Navarro County, are under a burn ban with the high threat of wildfires.

"It’s just one of those deals where its serious," Davenport said.

That hurts sales even for fireworks that are still allowed to be sold.

"People don’t have the disposable income they had a few years ago," Frost said. "We are predicting a 30 to 40% drop in sales."

Frost fears this year he won’t break even but realizes the circumstances at hand.

"We want everybody to be safe, and that’s the main thing," he said.

Navarro County’s ban is for the at least the next 60 hours. Then Gov. Greg Abbott can extend the ban, which he has been doing for other counties in similar conditions.

Professional shows are still allowed in counties that are banning resident from using fireworks, including Corsicana’s Freedom Fest on the Fourth. There, firefighters will be on standby.