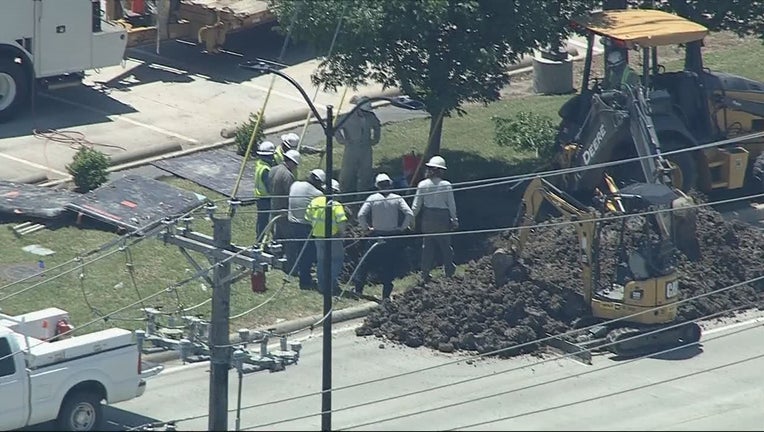 FRISCO, Texas - Several roads in Frisco were shut down and homes were evacuated Friday because of a natural gas leak.

Frisco firefighters, a hazmat crew and utility workers got to the scene pretty quickly but they are still working to shut off the gas line.

It may take them all afternoon to shut off the line, officials said.

Residents who live in the Grayhawk subdivision are being asked to evacuate as a precaution. The homes affected are between Eldorado Parkway, Swan Lake Drive, Cardinal Creek Drive and Daimler Drive.

A shelter was set up for those families at Hope Fellowship West on Main Street.

FM 423 is also shut down in both directions between Sunland Park Drive and Sunflower Drive. Eldorado Parkway is closed between Teel Parkway and Walker Lane.