DALLAS - Analysts for JP Morgan say the national average for a gallon of regular unleaded could exceed $6 by the end of the summer.

The top energy official for the Biden administration told FOX 4 that the national average price likely will stay above $4 a gallon for the rest of the year.

The new costly price for gas across the country sits at about $4.56.

The price of gas in Dallas-Fort Worth this time last year was at $2.86. Now inflation, a war and other factors have caused gas prices to break records almost daily.

Get used to the pain at the pump for months to come. 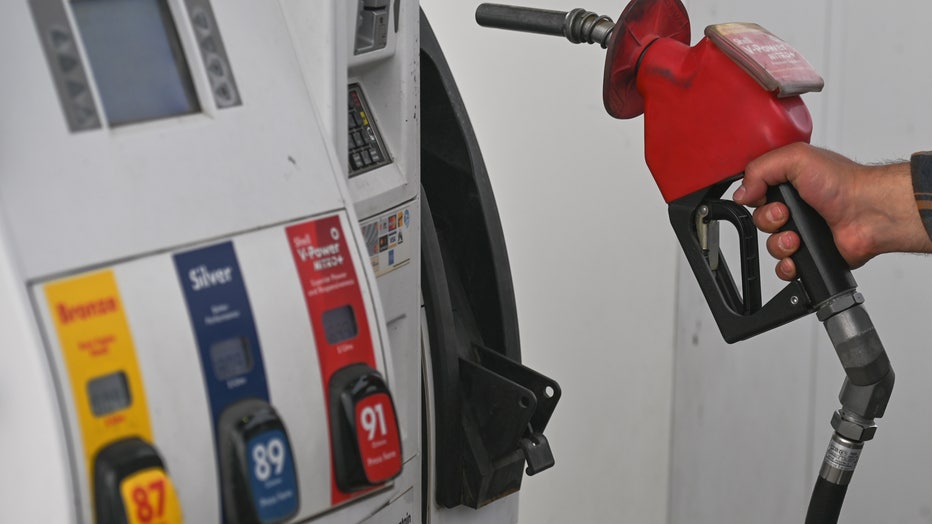 "I think prices are not going to come down in the next few months. I mean, the summer driving season, you only see an increase in demand, and that's when prices usually go up even further," she said. "So there is all this demand pressure on the price of fuel. Our Energy Information Administration has said that the price of gasoline is likely to stay above $4 a gallon through this year."

Analysts with JP Morgan predict the national average for the price of a gallon of gas could exceed $6 dollars by August.

"Just in the last week, Dallas-Fort Worth has seen a 20-cent jump in the average," explained AAA Spokesperson Daniel Armbruster. "So things are not slowing down at this point. Prices continue to rise."

It’s unclear if that $6 mark will hit Texas, which sees lower prices for gas on average.

But Armbruster says don’t rule out $5 in the coming weeks.

"If they don't slow down, we will see prices even higher than what we're seeing now. And $5 gas isn't out of the question," he said.

The reasons behind the massive increase in prices and the inability to do much about it is complicated and global.

Granholm said controlling gas prices is out of the hands for any leader: local, state or federal.

"This is a global problem. And the best strategy, honestly, is we want to exhort our oil and gas companies to increase supply," she said. "They have said that they will, and they'll increase, it's projected, about a million barrels per day by the end of this year."

Some governors have lifted the gas tax in an attempt to soften the blow for customers. But that really won’t change the price much, and record prices will remain.

"This issue is not going away any time soon," Granholm warned.

AAA says about half the cost for a gallon of gas from oil prices. Currently, the market price for a barrel of West Texas Intermediate is about $109.