Police identified a suspect in a 1995 cold case rape and murder. The suspect died last year. The mother of the teenage victim said she can't get closure, but is happy to see the case resolved.

ATLANTA - Atlanta police say detectives believe they have identified the man responsible for the 1995 cold case rape and murder of Nacole Smith and a 2004 East Point sexual assault.

The suspect, 49-year-old Kevin Arnold, died of liver and kidney failure while in hospice care in Aug. 2021 in Fulton County. He was never charged or arrested for the crimes he's accused of.

Nacole Smith, who was 14-years-old at the time of her death, was raped and shot in 1995 in northeast Atlanta. Police linked DNA from her murder case to a 2004 sexual assault in East Point. Investigators said they used genealogy and ancestral databases to identify the suspect in 2021.

Atlanta police say detectives said they believe they have identified the man responsible for the 1995 cold case rape and murder of Nacole Smith and a 2004 East Point sexual assault.

For Nacole Smith's mother, knowing her daughter's suspected murderer was dead was bittersweet.

"I never imagined this person would be deceased, so many unanswered questions I had for him that I can never ask and get answers, but I would never say it was closure for me because I will live for this pain for the rest of my life," she said.

Nacole Smith had been walking to school on June 7, 1995, but turned back around after forgetting an assignment at home. She cut through a nearby wooded area, where police say she was attacked.

Retired Atlanta homicide detective Vince Velasquez, who re-opened the case in 2002, said the teenager was assaulted, raped, and shot twice in the face. Her body was found on Childress Drive.

It took nine years after Smith's death for police to develop any further leads in the case. In 2004, police were notified of a forensic match from DNA found in an East Point assault investigation.

"That means Nacole's killer was back," Velazquez said.

While police had a DNA match to the suspect, they had not identified them. Velasquez passed off the case to Detective Scott Demeester upon his retirement.

Demeester was a freshman in high school, three months older than Nacole, when she died. He said Nacole's case constantly came up when he came into the Atlanta police homicide unit in 2010.

Demeester said nationally-covered cases indicated a possible method of identifying Nacole Smith's killer: using genealogy to develop a person of interest. It took about three years. Demeester said the GBI forensics lab told police just after Christmas that their person of interest match the DNA profile in the 1995 murder and 2004 rape.

"I would not have been able to do what I did without a lot of help from a lot of people," Demeester said. "I was just glad to be able to make that phone call to Mrs. Smith."

Who was Kevin Arnold? 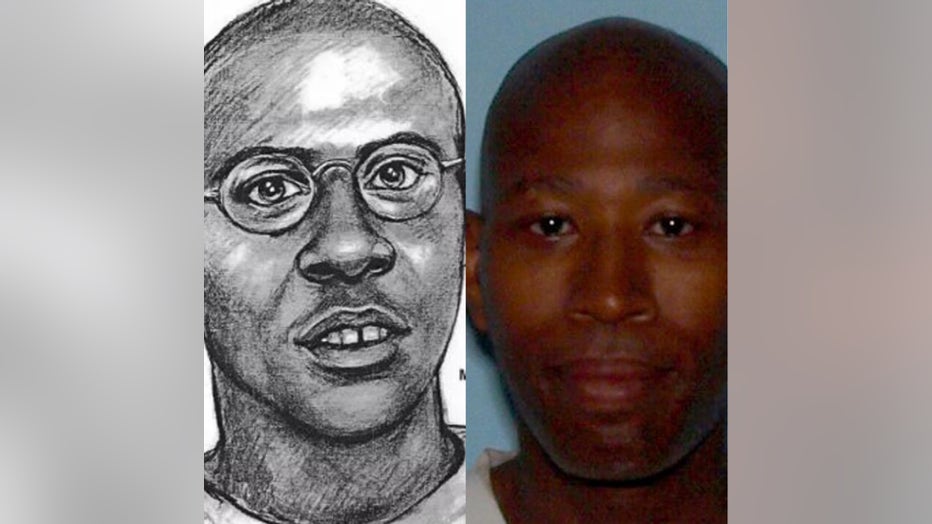 Sketch of suspect Kevin Arnold in the 1995 murder of Nacole Smith.

Police said the suspect, Kevin Arnold, was born in April 1972.

Arnold died in August 2021 in Fulton County, where both his accused crimes were committed.

Police have no evidence Arnold was linked to other crimes.

Police said Arnold was experiencing kidney and liver failure and was in hospice care.