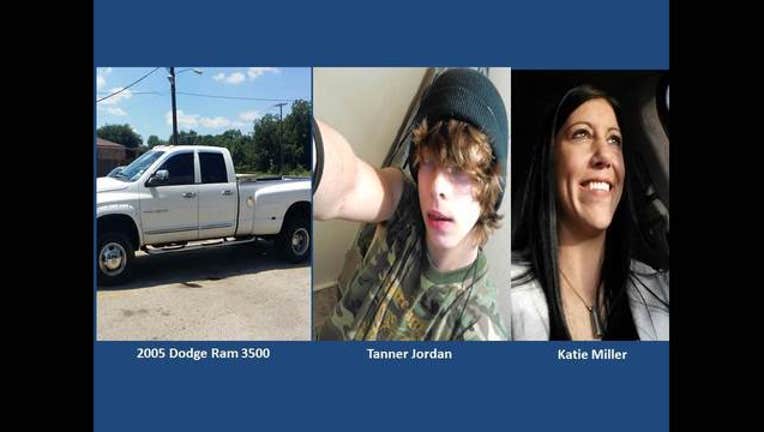 An AMBER Alert was issued by the Nacogdoches Sherriff’s Office Monday afternoon.

Tanner B. Jordan, 15, has been missing since Sunday. He is described as a 5-foot-10 white male weighing approximately 115 pounds with brown hair and blue eyes.

Police are looking for 34-year-old Katie Miller in connection with Jordan’s abduction.

She is described as a 5-foot-11 white female weighing 170 pounds with brown hair and brown eyes.

The suspect is driving a 2005 white Dodge Ram 3500 4x4 with a Texas license plate number of AE85145. She was last heard from in Mount Enterprise.

Authorities believe Jordan is in grave or immediate danger.

If anyone has information regarding this abduction, they are asked to call the Nacogdoches Sheriff’s Office at 936-560-7777.