Mysterious seeds are showing up in North Texas mailboxes and state authorities say Texas agriculture could be at risk.

DALLAS - Mysterious seeds are showing up in North Texas mailboxes and state authorities say Texas agriculture could be at risk.

Texas Agriculture Commissioner Sid Miller said 200 residents have received unsolicited seed packets sent by mail that appeared to have originated in China. Texas is one of nearly 30 states that have issued a warning. 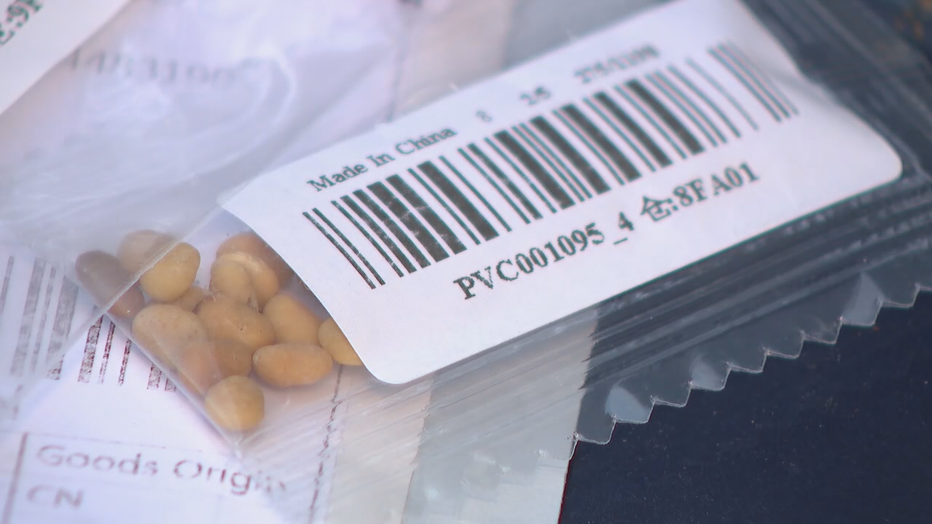 “We don't want people opening those up, don't put them in the mail, certainly don’t plant them. Contact us. Let us pick them up. Treat them like they are radioactive, like they are Kryptonite,” Miller said.

Miller said nearly all of the packages likely came from China and some labels say they contain jewelry, earbuds or toys.

There are all kinds of different seeds popping up and it’s unclear if any could be invasive, potentially threatening the state’s $125 billion agriculture industry.

Mark Ruibal is the owner of longtime Dallas nurseries Ruibals Plants of Texas, which grows about a quarter million flats a season in local greenhouses.

He says even casual gardeners should head the warning.

“It doesn’t seem like if you had 3 or 4 seeds it’s a big deal. But if you put those seeds out, they drop more seeds and we could actually get damage to our local plants,” Ruibal said. “If someone sends you pills in the mail wouldn’t necessarily take them, it’s kind of the same thing.”

People can report unsolicited seed packages at SITC.Mail@aphis.usda.gov or sid.miller@texasagriculture.gov