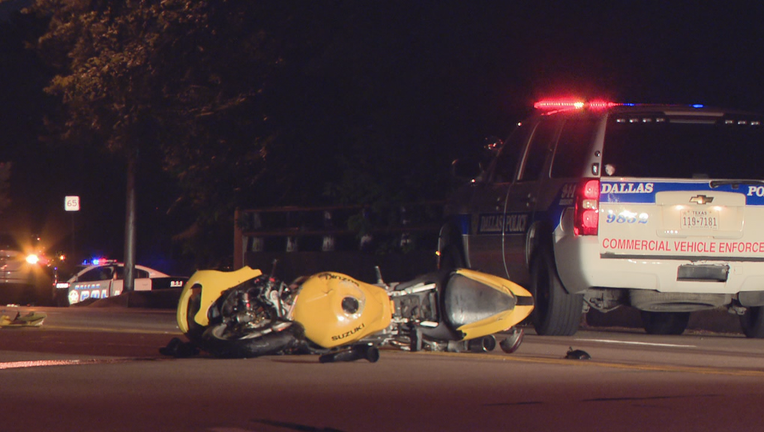 DALLAS - A motorcyclist was killed in an overnight accident in North Dallas.

It happened around 11:30 p.m. Monday on TI Boulevard near Forest Lane.

Police said the driver of the motorcycle was going too fast for a curve. He hit a curb and guardrail.

The 40-year-old driver died at the hospital.

His 38-year-old passenger was found in a nearby creek. She is now in critical condition.

Neither was wearing a helmet, police said.