It was a hot day for people trying to spend Mother's Day outside.

DALLAS - It was a hot day for people trying to spend Mother's Day outside.

A crowd still showed for an event at the AT&T Discovery District in Downtown Dallas.

So far, there have been no problems from ERCOT, as the power grid manager reports enough energy for current demand.

A summer-style heat in the middle of spring has some North Texans singing the blues.

Pearson celebrated Mother’s Day with her children and grandchildren at AT&T Discovery District.

"It is a little hot [Sunday], but with the breeze, it’s not too bad," Pearson added.

Over at Uptown’s Katy Trail, some were taking advantage of the high temperatures.

Keefer Estevez said the heat makes for a better workout.

"Because I wanted to sweat," Estevez said. "A lot of people just want to sit inside the air conditioning and drink diet soda pop, not my style." 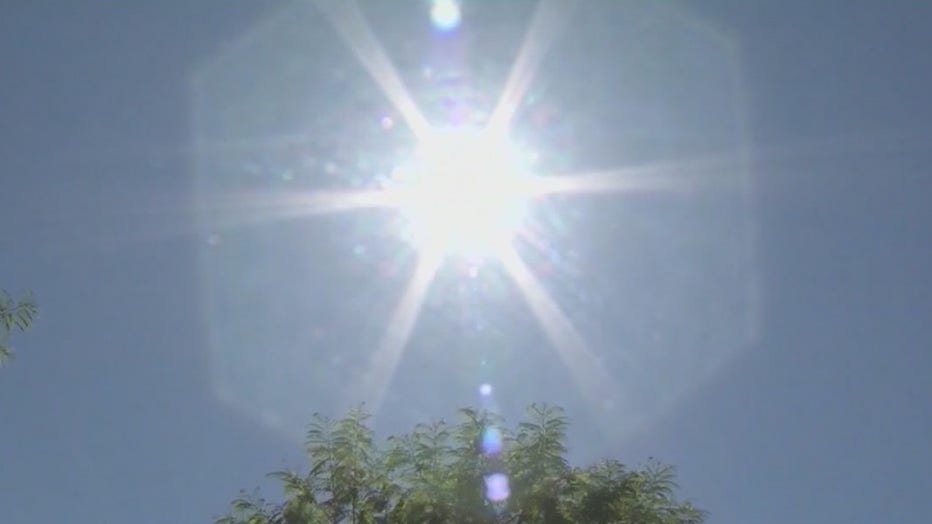 At Mayfest in Fort Worth, thousands of people tried to balance outdoor fun with staying cool.

"We have gotten soda, ice cream, lemonade, water," Brent Hovis said. "You name it, we’ve pretty much gotten it."

"Well, I just came back from church. It feels good in church, but yeah, out here, it’s kind of hot," Gerald West said.

"We’re not used to this weather, but we’re going to get used to it," Shycara Johnson said.

If there’s one thing North Texans know about the weather, it’s that it can change at a moment’s notice.

But, for now, the high temperatures are expected to stay in the 90s for at least the next week.