A woman and three children were saved during a Dallas apartment fire overnight Monday.

DALLAS - A woman and three children were saved during a Dallas apartment fire overnight Monday.

Dallas Fire-Rescue rushed to Interlace Apartments on Gannon Lane near Interstate 20 and Highway 67 in the Red Bird area of southern Dallas early Monday morning. When they arrived around 2 a.m. they found an apartment in flames on the second floor.

Neighbors helped a woman who managed to escape the apartment.

Firefighters had to go into the burning apartment to rescue her three children, who are all under 5 years old.

"The lady had passed out or something," said resident Jaylon Thomas. "I’m not sure, but the kids were screaming. They couldn’t get themselves out. I guess the process was taking longer than it should.  It came to the neighbor’s attention. She got it covered. They were able to get out of there and everything."

The woman was taken to Parkland Hospital. She is getting treatment for smoke inhalation and burn injuries.

Her children are all being treated at Children’s Dallas. One is reportedly in serious condition, and the other two are recovering. 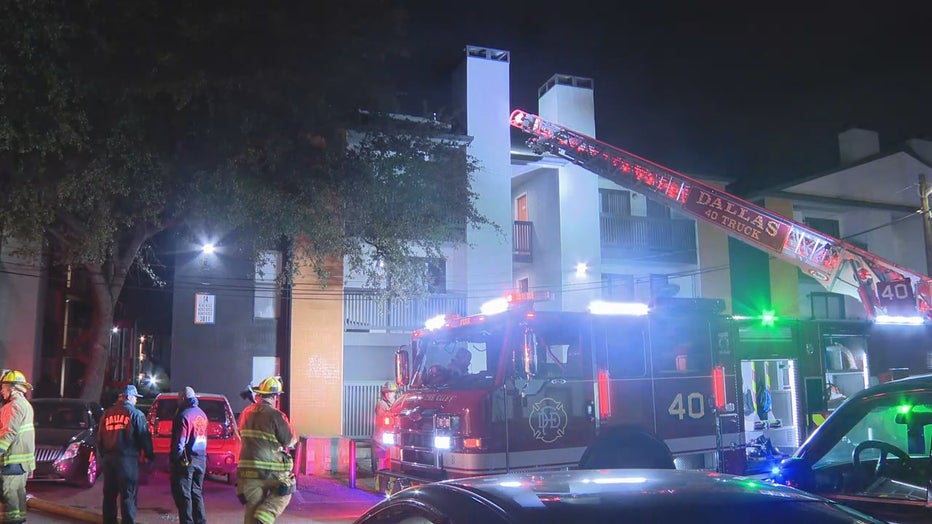 Firefighters were able to rescue the children in the apartment and keep the fire contained to that single apartment.

Dallas fire rescue has not disclosed what caused the fire - but say investigators were able to determine it started in the living room.

"Their whole house was smoked out when officers were in there," Thomas said. "You could see the flashlights, but you couldn’t see them. There was so much smoke in the house."

There is heavy smoke and water damage to the apartment unit, but the fire was contained quickly before it could spread.

There is an open investigation to determine what caused the fire.

Arson investigators were spotted on scene early in the morning. The cause of the fire is still under investigation.