DALLAS - Several Dallas neighborhoods are trying to get the city council to crack down on short-term rental properties. Neighbors have complained about noise and crime.

Dallas homeowner Angela Sanders asked the city to keep short-term rentals out of single-family neighborhoods. She said STRs are taking homes away from families with children who need them.

"Give them the opportunity to have a backyard rather than a square of concrete owned by someone else," she said. 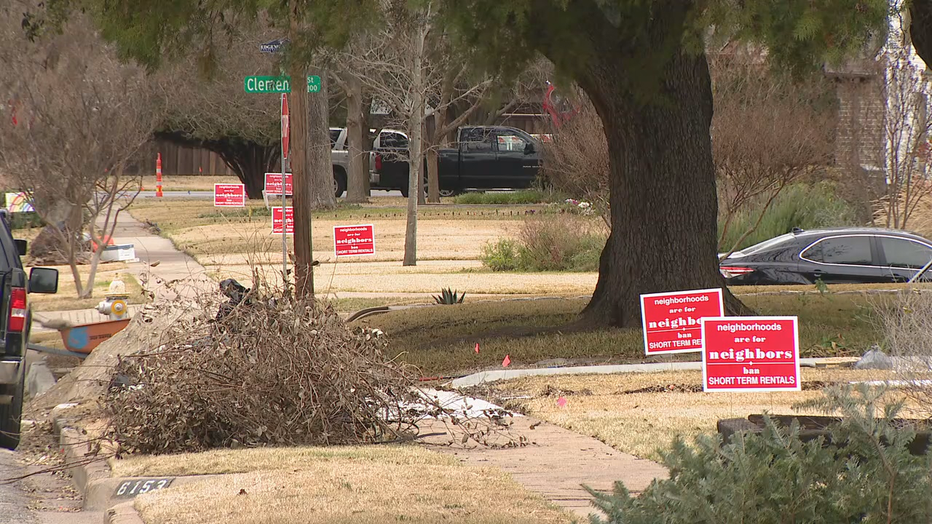 It is a sentiment that Councilman Omar Narvaez confirmed has happened in West Dallas.

"Of these 10 townhomes, eight have been purchased by STR companies. Only two will be actual residents of the townhome community," he said. "So we literally created a hotel inside the middle of this residential community."

Councilman Adam Bazaldua said the city has had long enough and needs to act now with a permitting process.

"We need oversight of an industry that has run rampant," he said.

"We can use regulation fees collected for code staff that deals directly with STRs. We've now had four years of inaction," he said.

Councilman Paul Ridley argued Dallas has one advantage from being slow to act: it’s able to learn from the mistakes of other cities.

"Once a permit is issued for an STR, they obtain — according to court decisions — a vested right to continue that status. That happened in Austin," he explained. "When they had a problem and wanted to zone them out, the court decided it was too late."

Later, a Dallas city attorney revealed the city needed much more time to make sure it doesn't grant STRs rights that it can't revoke later.

"If it could take up to two years, do we do nothing for two years? Is that your recommendation?" asked Councilwoman Jaynie Schultz.

"That would be the safest approach," the city attorney said.

"I'm going to ask a few more questions while we digest that brand new information that I think is surprising to everyone here at the horseshoe," Schultz said.

The Dallas city manager said the city could probably get the zoning piece done in six to seven months while working on regulations simultaneously.

City staff will work to define what STRS and will likely call them "lodging," a use that is not allowed in single-family neighborhoods.