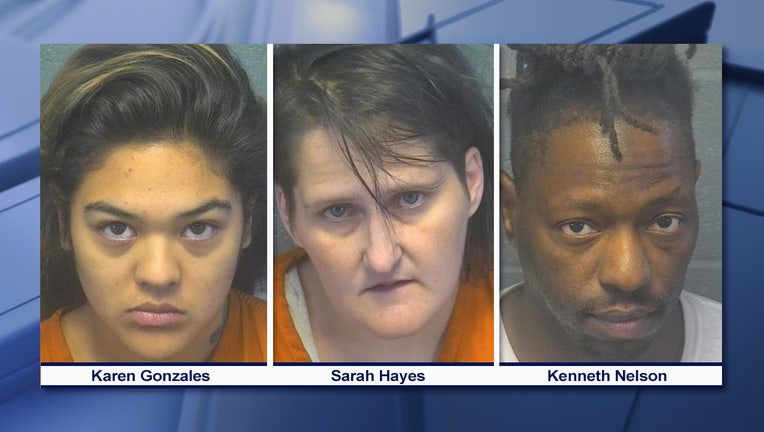 DALLAS - A missing teenage girl who disappeared while attending a Dallas Mavericks game was found and is now safe.

According to FOX 25 in Oklahoma City, three people were arrested in connection to the case.

Karen Gonzales, Sarah Hayes and Kenneth Nelson are all charged with human trafficking, conspiracy and computer crimes. Nelson was also charged for child pornography and failing to appear in court after posting bond, the TV station reported.

Police began looking for the teen after she went missing during a Dallas Mavericks game on April 8.

She reportedly went to the restroom at the American Airlines Center and did not return to her seat. Surveillance video showed her leaving the arena with an unknown man.

She was considered an endangered missing person. FOX 4 has chosen not to use her name now that she has been found because she is an underage victim.

"Thank you all for your shares and efforts to help bring her home," the North Richland Hills Police Department said.