Dallas Mavericks star Luka Doncic was back on the practice court Sunday but likely won't be ready to play in Game 2 of their playoff series.

DALLAS - The Dallas Mavericks host the Utah Jazz in Game 2 of their playoff season Monday night. But the team may still be without injured star Luka Doncic.

There is some hope that Doncic will play, but not much.

As it stands, Doncic is officially listed as doubtful because of a calf strain he suffered more than a week ago.

Without Doncic, the Mavs lost Game 1 of their opening round playoff series Saturday against Utah.

Head coach Jason Kidd said he has been able to ride a bike and move on a treadmill. 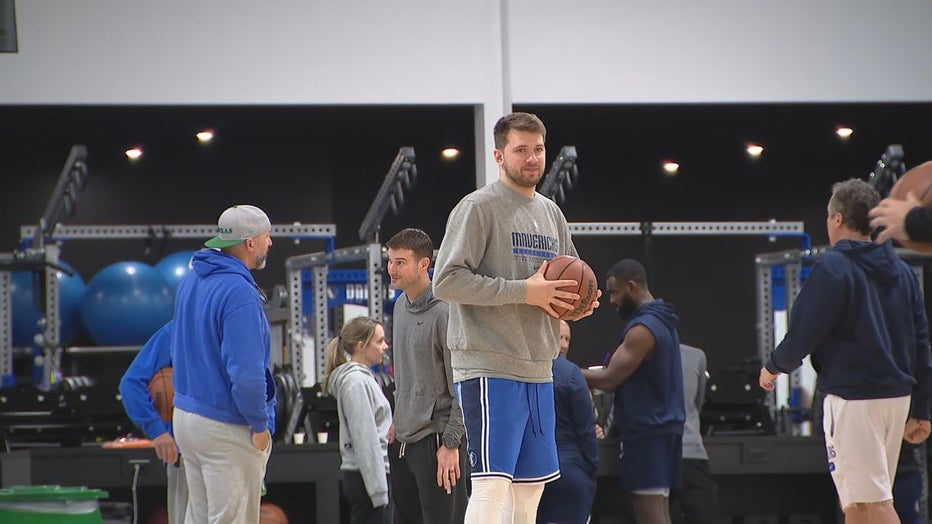 He is hoping Doncic will be able to do even more on Monday.

"Yesterday was another good day and today he's back on the court, so that's a plus. Uhm, we'll see how he feels tomorrow. He's been involved, he's talking in the meetings. Again I've said since day one that he's in a good spot. You know a lot of time when you're hurt you can get grumpy or frustrated, but he's not," Coach Kidd said.

Aside from Doncic, Kidd wants to clean up a few things offensively and defensively.

The Mavs will try to avoid going down two games to none before the series moves to Utah.

Tipoff for Monday night’s game is set for 7:30 p.m. at the American Airlines Center.