State Representative Brian Harrison (R-Midlothian) has filed legislation that would use state health authority to require immediate expulsion of illegal immigrants back to their countries of origin.

DALLAS - A North Texas lawmaker has introduced legislation that would keep Title 42, a federal public health order that allows for the rapid expulsion of migrants to stop the spread of COVID-19, in place in Texas until all federal mandates and other travel warnings are lifted.

With the border bulging at the seams, more than 200,000 illegal crossings in December, crushing cities like El Paso.

State Representative Brian Harrison (R-Midlothian) has filed legislation that would use state health authority to require immediate expulsion of illegal immigrants back to their countries of origin.

"I believe that President Biden is intent on destroying this country with the Biden border crisis," he said. "So I think it’s important that Texas step up, save Texas, save America using every tool available to us, and that includes our public health authorities." 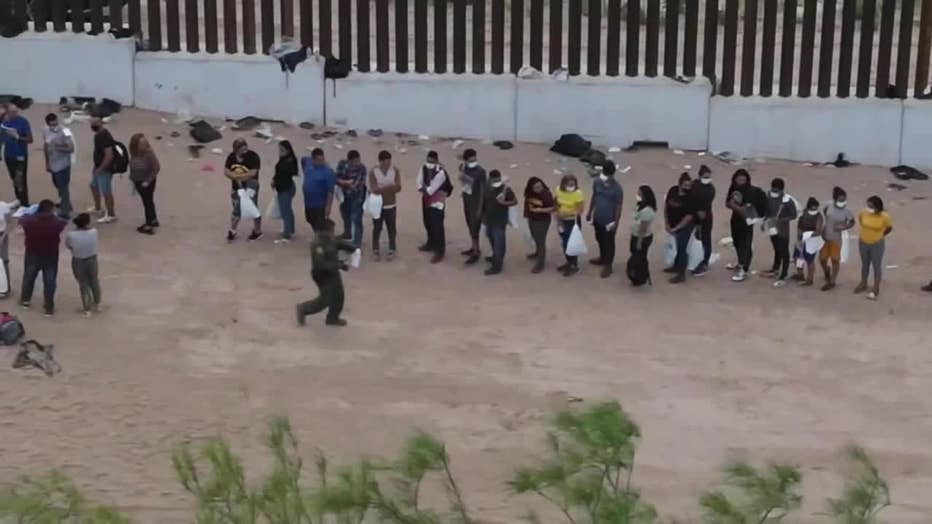 The Midlothian Republican served as Health and Human Services chief of staff during part of the Trump administration and helped craft Title 42.

Enacted during the coronavirus pandemic, Title 42 keeps some migrants out without asylum considerations.

Harrison's legislation is called Texas Title 42. And if passed, it would be in place as long as the federal public health emergency for COVID-19 is in place along with any federal government vaccine mandates and travel warnings to areas where illegal immigrants originate.

"It would allow us to shut down the border," Harrison said. "It would stop the national security and humanitarian crisis that Joe Biden created on the southern border."

"At a high level, this proposed bill does like Title 42. It sort of links public health and immigration policy together," said constitutional law attorney David Coale. "The problem is at the federal level you can do that because the federal government has authority over immigration in our country. But at the state level, no matter how well-founded, sincere, wel- documented your concern may be about public health, you can't go that extra step and connect it to immigration policy."

"It’s something that we can do. It’s legal," Harrison said. "And I think here in the state of Texas we need to use our public health authority to shut down the border and immediately begin deporting illegal immigrants the minute they cross."

If the measure passes, there will likely be another court challenge in the continuing battle over what to do at the border.