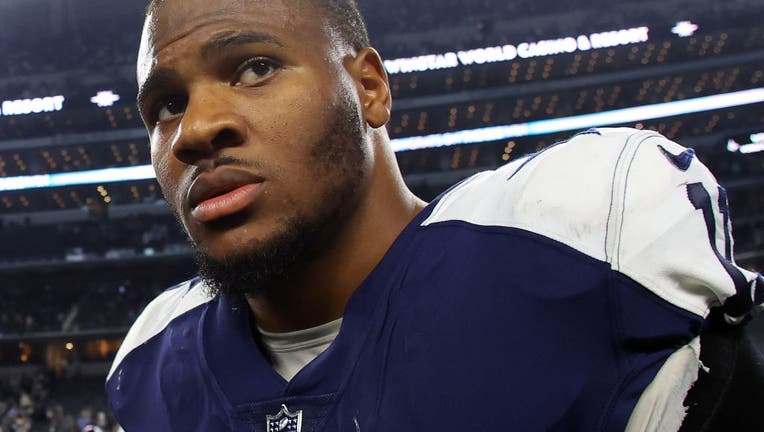 ARLINGTON, TEXAS - NOVEMBER 24: Micah Parsons #11 of the Dallas Cowboys walks off the field after the win over the New York Giants at AT&amp;T Stadium on November 24, 2022 in Arlington, Texas. (Photo by Richard Rodriguez/Getty Images)

Cowboys pass rusher Micah Parsons was one of the many people to weigh in on the prisoner swap that freed WNBA star Brittney Griner from a Russian prison.

Parsons retweeted a message saying that Marine Paul Whelan was not a part of the deal.

Then, in a now deleted message, Parsons retweeted a message from President Biden announcing the swap saying, "We still not voting for you!" 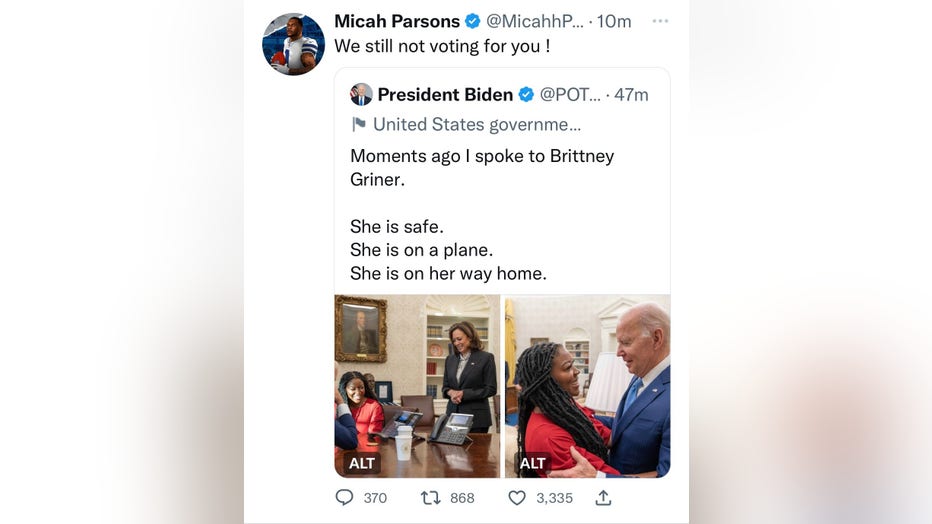 He went on to say he has family who have served and wanted Whelan to be brought home as well.

He then said "I'm the furthest thing from a Trump supporter but I'm not a fan of Biden either."

Parsons quickly backtracked on the statements sending out a long tweet after he said he spoken to people that he trusts.

Parsons said "I should have been more educated on the topic and not tweeted out of emotion for my family and other [sic] who have served."

Parsons apologized, and said he parts that Whelan comes home.

Parsons and the Cowboys play the Texans on Sunday. You can watch the game on FOX 4.