Mesquite police are investigating multiple allegations of child sexual abuse against a youth pastor who also worked for Mesquite ISD and the city’s after-school program. So far, four victims have come forward. Some of the victims are as young as 5 and 6 years old.

Police say the abuse spanned several years, and investigators are trying to determine if there are any other claims of abuse.

Mesquite police are investigating multiple allegations of child sexual abuse against a youth pastor who also worked for Mesquite ISD and the city’s after-school program.

Police believe there could be more victims and are asking people with information to come forward.

So far, four victims have come forward. Some of the victims are as young as 5 and 6 years old.

Penny is facing charges for at least three allegations, and police are currently investigating a fourth. 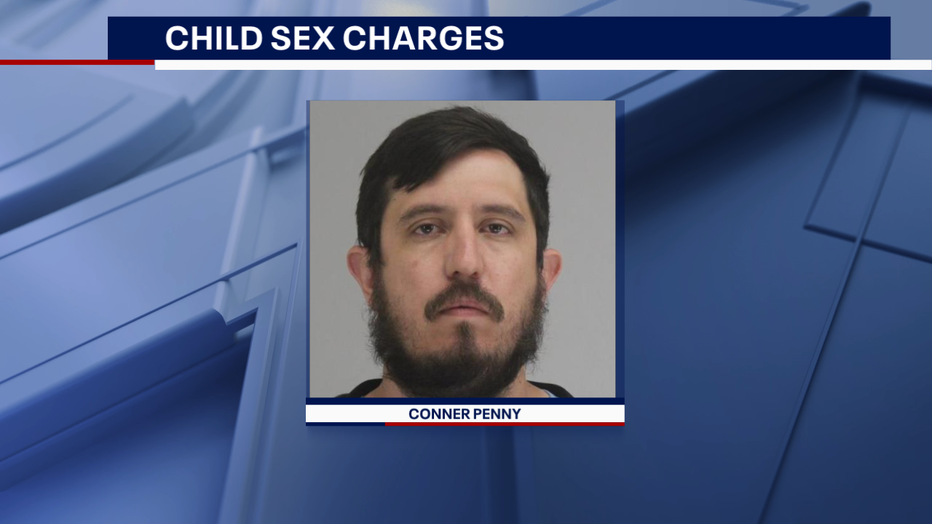 Rocky Pope at Inspiration Church in Mesquite has known Penny for most of his life and says their church community is struggling to reconcile the child sex assault allegations against him.

"It's very hard. Reconciling those positions is impossible," he said. "You just wrestle with it until you come to someplace of enough facts to know where you need to think and feel about it."

Pope says Penny was immediately suspended when the church became aware of the allegations. He was terminated on Tuesday.

"We take any of these allegations very seriously. We have procedures and policies in place to help safeguard," Pope said. "We do criminal background checks on all the staff and volunteers on a regular basis. There was nothing in his history related to any of this."

Penny worked as a minister to students at the church since August 2016. And church leaders say they had not been made aware of any allegations prior to the current investigation.

"It was gut-wrenching," Pope said.

"On April 4, we received a report of sexual abuse and that was investigated," explained Officer Jolyn Lopez with Mesquite PD. "And in that investigation, we were able to substantiate three additional victims."

According to court records, a 6-year-old victim told an interviewer with the Dallas County Children’s Advocacy Center about two incidents in 2014 at Penny’s office while he worked for the city of Mesquite’s after-school program.

A family member also came forward and told investigators about two more incidents that happened in 2020.

"It requires strength for a young person to come forward and tell the truth about victimization, and we’re grateful that they did so," Lopez said.

Police say Penny confessed to the incidents during questioning.

He was also employed at Mesquite ISD as a PE aide at Achziger Elementary School from 2014 to 2016 and left his position in good standing, according to the district.

The district also said they were not made aware of any allegations during Penny’s time at the school.

"The police have the district’s full cooperation and support as this matter is thoroughly investigated," the district said in a statement. "Mesquite ISD will contact the families of any current students who attended Achziger Elementary while Penny worked there to ensure they are aware of the arrest and the nature of the charges."

Police also said that Penny did not have a criminal history or any priors that would’ve come up on a background check.

Police are urging anyone with information related to this investigation to give them a call.