Mesquite police have released bodycam video of two recent officer-involved shootings, one of which resulted in the death of the suspect.

MESQUITE, Texas - Mesquite police have released bodycam video of two recent officer-involved shootings, one of which resulted in the death of the suspect.

The department’s release included not just body camera footage, but photos of evidence and other background information.

The first shooting happened on January 31, just after 8:30 p.m., when an officer was on routine patrol at an apartment complex in the 800 block of I-30.

During a previous shift, that officer got information from a license plate scan notification that the owner of a vehicle in the complex had an outstanding warrant.

Mesquite police have released bodycam video of two recent officer-involved shootings, one of which resulted in the death of the suspect.

The officer was following up on that and found the vehicle, but there was someone inside, later identified as 40-year-old Joseph Wayne Butler.

As the officer pulled up behind the vehicle, Butler is seen on video getting out of truck and fleeing on foot.

The officer chases after Butler and into a breezeway, where he is seen facing the officer armed with a gun on the officer’s bodycam video.

"It all happened so fast, but it was basically an ambush," Mesquite PD Lt. Brandon Ricketts said. "He wasn't expecting to round the corner and have Mr. Butler had now stopped and turned and was aiming a gun at him. So it was definitely an ambush." 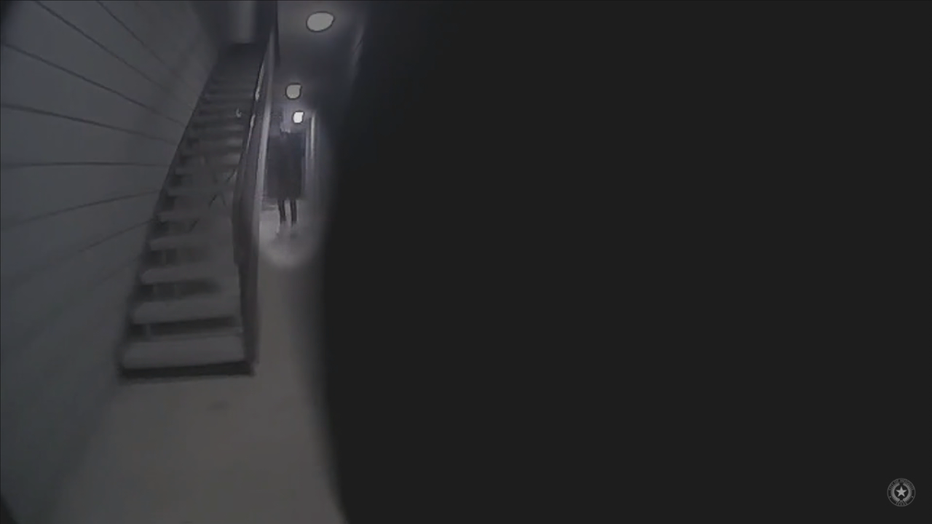 "So if you time the videos out, it's about eight seconds from the the beginning of the pursuit until the first shots fired," Ricketts said..

The officer, who has been with the department for three years, was not injured, while Butler was hit by the gunfire twice.

"He goes from pursuit mode, and now, all of a sudden, somebody is pointing a gun, somebody is firing a gun and his brain is processing all this, and he's able to return fire while he's getting to cover," Ricketts said.

Police said officers performed CPR on Butler, but that video footage was not released. Butler was taken to a hospital, where he was later pronounced dead.

Butler had active felony warrants from another agency, as well as a parole violation warrant. He also had multiple priors for evading arrest, resisting arrest, drug possession, and family violence. 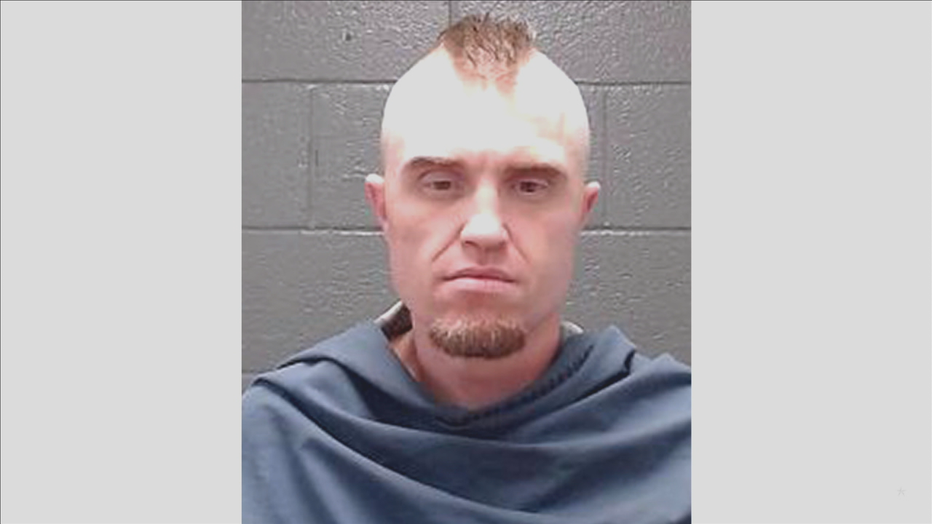 Investigators recovered CZ 9 mm pistol that Butler fired, along with seven shell casings. There were two bullets found that struck a vehicle in the parking lot.

The other officer-involved shooting happened just after midnight on February 12.

Officers went out to an apartment complex in the 4700 block of Samuell Boulevard after getting 911 calls that a man was beating on a door and taking the hinges off a door.

Responding officers searched the area and made contact with a man, later identified as 31-year-old Dominick Green, who fled through a courtyard and into the parking lot.

Two officers chased after the suspect. While it’s hard to tell on the footage, police said he dropped a gun, and while picking it up, police said Green pointed the gun at the officers, who then opened fired.

"So instead of continuing to run, Mr. Green stops, turned to pick up his gun," Ricketts said. "And as he's picking up, his gun is pointing at both officers, who then opened fire." 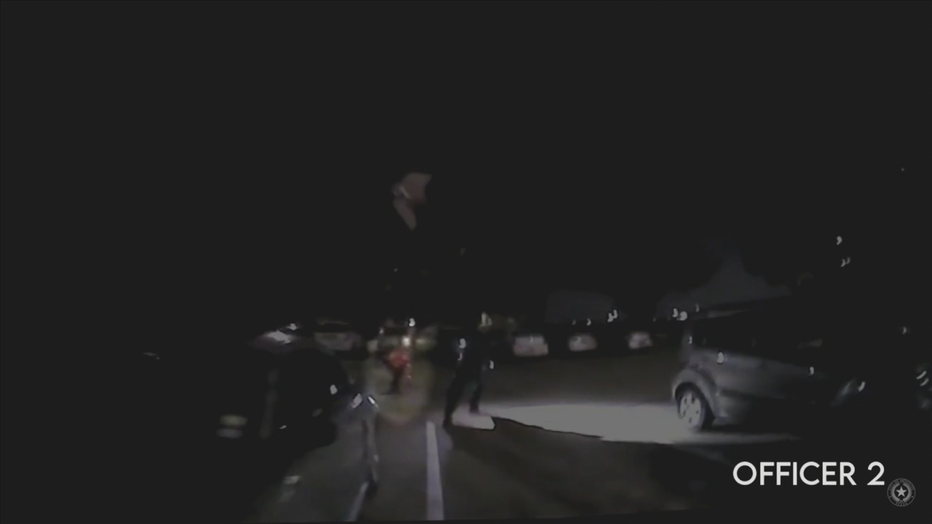 Green was struck six times. Officers quickly applied tourniquets and other life-saving measures on Green, who was taken to a hospital in stable condition.

"Those officers switched from engaging in a deadly force encounter to secure the scene, and now we're saving this gentleman's life that unfortunately had to use force against us, and they absolutely saved his life," Ricketts said.

Investigators recovered a 40 caliber Glock 27 handgun under a vehicle near where Green was, and a high-capacity drum magazine for the weapon was found in a fanny pack Green was wearing, police said.

He is being charged with unlawful possession of a firearm by a felon and two counts of aggravated assault against a public servant.

Green also has prior arrests for tampering with evidence and escaping from custody. Police said he was arrested for assaulting the same woman at the same apartment complex last June. 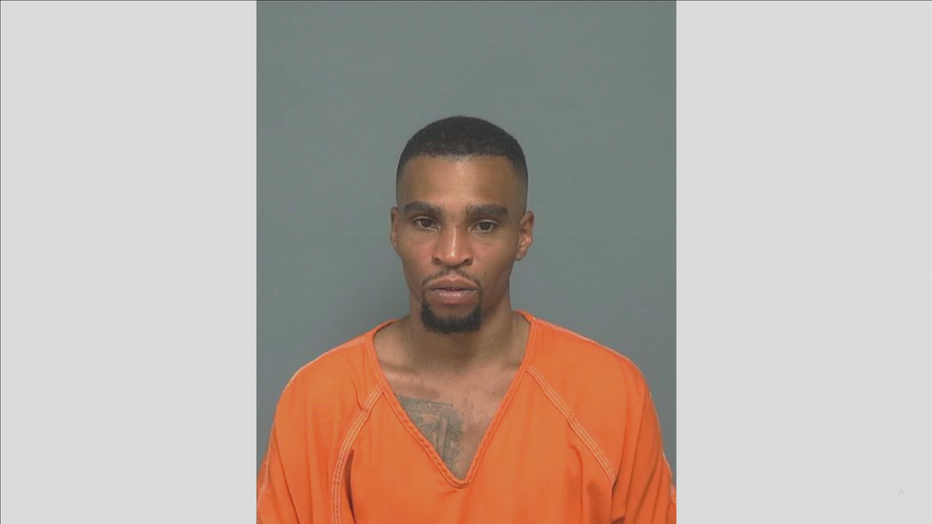 "We're faced with some pretty tough decisions sometimes, and I think these videos show that," Ricketts said.

Dr. Alex Del Carmen is a criminologist, and he said the strategy of department releasing video, along with other evidence like photos and even 911 calls, Can help promote transparency.

"I think, generally, it's a good idea," he said. "It also allows for the police department to, in some ways, educate the community as to the complexities of law enforcement. And oftentimes, we get to see the video that's being interpreted by someone that has a spin on it. And I think with this type of disclosure, it allows for the public to make up its own mind."

Del Carmen said departments that do this will create expectations too, that these releases will also happen when an officer is clearly in the wrong.

"So yeah, it absolutely works both ways. You are setting the standard. You are letting people know that they should expect this level of transparency at all times, not just sometimes," he said.

These officer-involved shootings will continue to be investigated, and Mesquite police said they will be referred to the Dallas County District Attorney’s Office once completed.