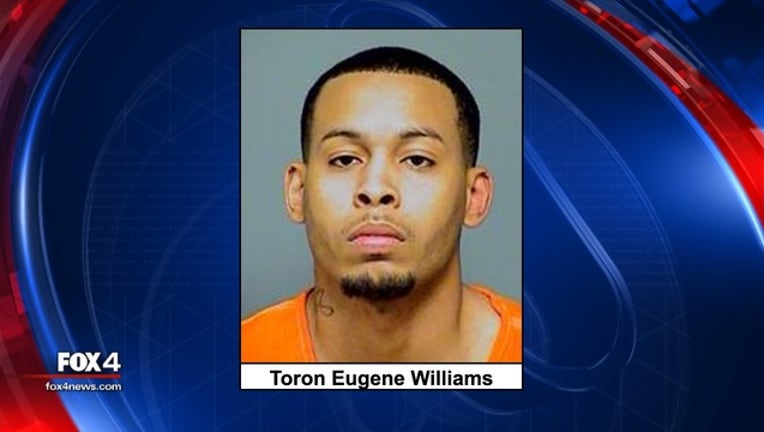 Mesquite PD says officers responded Sunday to a caller who said the child, London Bakker, was found unresponsive in bed. When officers arrived, they learned the girl was taken to the hospital by her mother where she was pronounced dead.

Police arrested Williams and say the mother is not a suspect.

The medical examiner has not released the toddler's cause of death.