Jamie Jaramillo was released from the hospital after sustaining a self-inflicted gunshot wound to the head. He was charged with capital murder and is in the Dallas County jail on a $2 million bond.

DALLAS - The man at the center of the domestic disturbance that resulted in the death of a Mesquite police officer was officially booked into jail on Friday.

Jamie Jaramillo was released from the hospital after sustaining a self-inflicted gunshot wound to the head and charged with capital murder. He’s in the Dallas County jail on a $2 million bond.

Police Officer Richard Houston was gunned down in the parking lot of Alberstons in south Mesquite one week ago. Police say Jaramillo fired two rounds into Houston's chest when he responded to a 911 call over a confrontation about alleged cheating by Jaramillo.

The Dallas County District Attorney does not know if this will be a death penalty case until a grand jury decides how Jaramillo should stand trial. 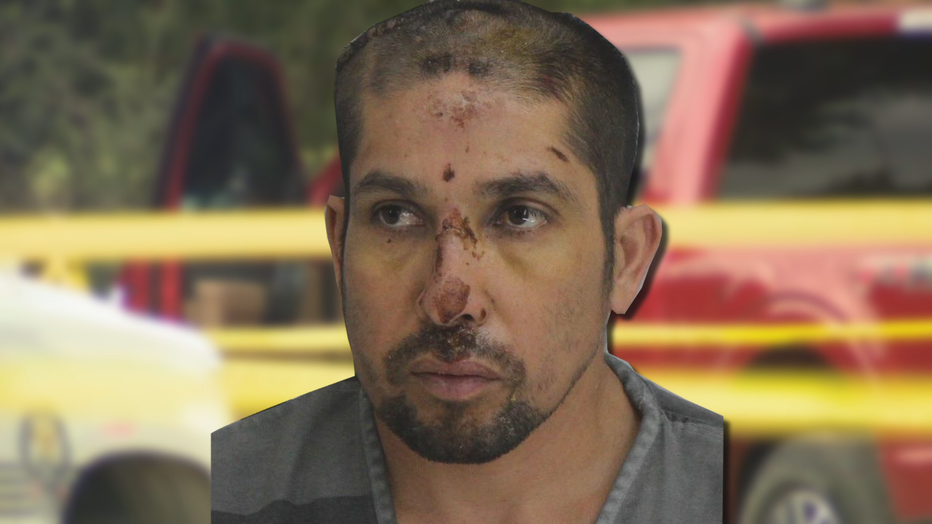 "If they indict it as capital murder, then we have options -- life without parole or death. But the process of achieving a death sentence is more complicated than just guilt or innocence. It involves other issues on punishment and what the evidence is, so we have to look at the entire case, the entire person, not just one event," District Attorney John Creuzot said.

The daughter to Jamie and Juventina Vasquez Bences gave her witness testimony to a grand jury on Friday. Yatziry Jaramillo was with activist Carlos Quintanilla and co-counsel for her mother, attorney Blerim Elmazi.

"Well the D.A.'s office here, they sent a subpoena out to Yatziry, the daughter of our client, likely to ask for her witness testimony," Elmazi said.

Creuzot said the case is not necessarily on a fast track.

"Maybe it’s a little faster than some other cases, but when witnesses are ready and we have time, we present them to the grand jury," Creuzot said.

Yatziry will tell grand jurors how she and her mother caught her father cheating at Albertsons and the events surrounding the fatal shooting of Houston.

Vasquez Bences picked up the gun, documents say, after her husband shot himself and used it to allegedly threaten his paramour. Vasquez Bences, 43, is charged with aggravated assault with a deadly weapon her bond bumped up from $100,000 to $1.1 million.

A jealous wife's confrontation with her cheating husband and his mistress was the disturbance call a Mesquite officer responded to when he was murdered.

"For a woman to be charged with a second degree felony of aggravated assault with a deadly weapon to be placed under a $1.1 million bond is really unconscionable and you know there are murder suspects who are nowhere near that amount either," Elmazi said.

Creuzot said the case underscores the dangers for police on every call.

"They step into situations where they don’t really know what’s going to happen and unfortunately he was there by himself, which is not unusual, and it turned the way it did for which we're very sorry and remorseful to the department and his family," he said.

Lawyers around the courthouse think the judge raised Vasquez Bences bond because of the totality of the circumstances surrounding Houston being killed. Her attorneys say they plan to file documents seeking bond reduction, despite an immigration hold.