The right people were there at the right time in Melissa to help a high school game official who went into sudden cardiac arrest last month.

MELISSA, Texas - The right people were there at the right time in Melissa to help a high school game official who went into sudden cardiac arrest last month.

Dennis Bennett has been officiating football games for about 40 years. As the game between Celina and Melissa was winding down on Oct. 18, Bennett collapsed on the field.

“Just looked up and everything went kind of blurry,” he recalled. “I placed the ball back down on the ground. The next thing I knew, the EMS was standing over the top of me.”

“You actually gasped for air one last time, and then you were not breathing,” Mendez told Bennett. 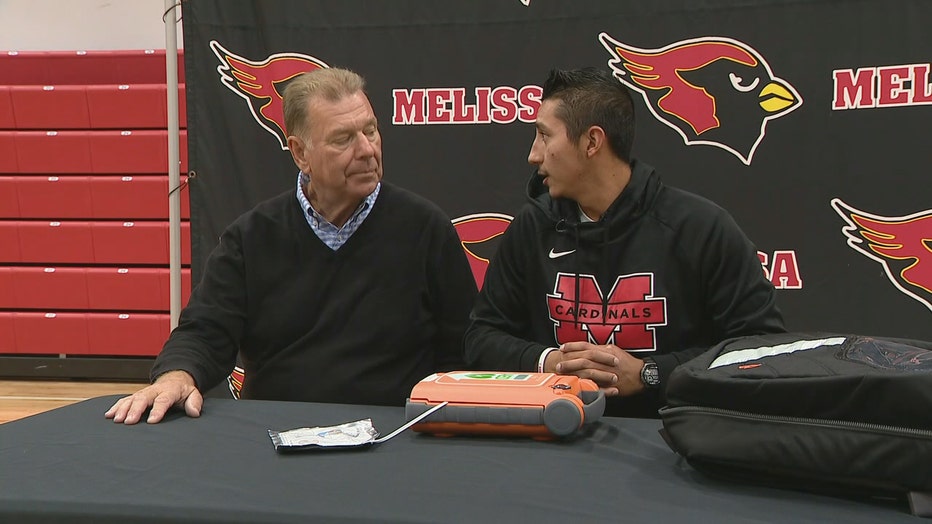 Dr. Andrew Parker is an orthopedic surgeon for Texas Health Allen. He happened to be volunteering on the sidelines that night and ran over to help.

“He had a very weak pulse,” the doctor recalled. “He was not responsive. Something was bad.”

The group was able to bring Bennett back to life after a few minutes.

“And I just said, ‘What happened?’” Bennett recalled. “I guess I was dead for a second or two. Sudden cardiac death.”

Bennett was finally able to meet two of his heroes from that day and is grateful to be okay and able to spend time with his family.

“Thank you, man. I appreciate all your help. I can’t tell you how much. Good to see you,” he told them. “My family appreciates having dad and grandpa and great-grandpa still being able to do things we have planned.”

Bennett returned back to the field last week. He has already officiated two games and will be at another on Thursday at The Star between Frisco and Greenville.