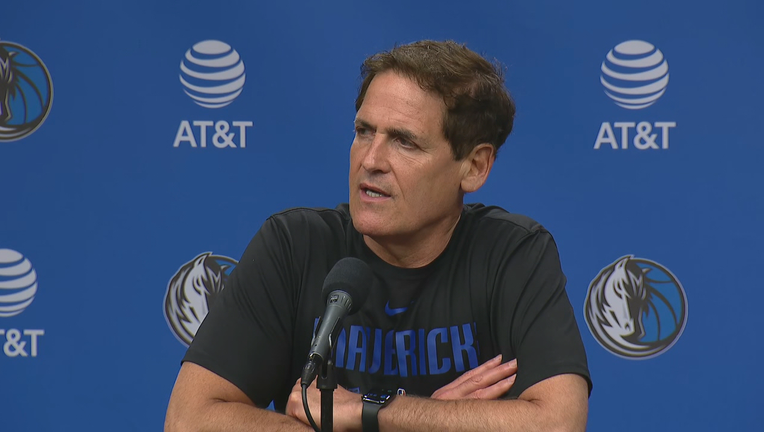 Dallas Mavericks owner Mark Cuban said he'd be proud of his players who respectfully take a knee during the national anthem to protest police brutality, and added that “hopefully” he’d be able to join them.

Cuban did an interview on ESPN's Outside the Lines, in which he was asked about

"If they were taking a knee and they were being respectful, I'd be proud of them. Hopefully I'd join them," Cuban said.

This is a change from previous comments made by Cuban, when he said he’d be standing and expected his players to stand during the anthem.

The current NBA rules require players and coaches to stand for the national anthem.

The NBA hopes to resume its season with a 22-team format in late July at the Disney campus near Orlando, Florida.