Fort worth's youngest mayor was sworn in Tuesday and delivered her first remarks as the new mayor.

FORT WORTH, Texas - Fort worth's youngest mayor was sworn in Tuesday and delivered her first remarks as the new mayor.

It was an emotional and celebratory evening at the Fort Worth Convention Center as new Mayor Mattie Parker and the four newest council members were sworn into office. The theme from all of them was unity.

Parker emerged victorious from a crowded mayoral race against nine others, ultimately winning in a runoff against Deborah peoples. 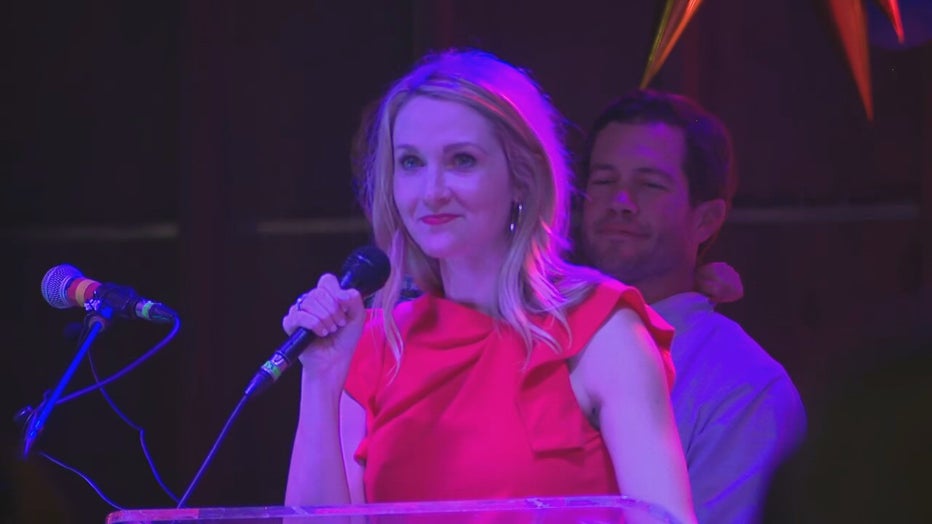 Former Mayor Betsy Price passed the torch to Parker, who was her former chief of staff of five years, in the form of a giant gavel.

At 37 years old, Parker is the youngest mayor in the city’s history. Her husband and two young children watched on as she was sworn into office by her father, Rev. CW Robin Pearcy.

During her remarks, Parker reflected on her childhood growing up on her family farm. She highlighted her top priorities as mayor: the economy, safe neighborhoods, high-performing schools and infrastructure.

"Here’s my pledge to the entire council and to the city. What unites us is far greater than what divides us. I promise to never point fingers and to always look for ways to join hands. I will attack problems, not people. And my door is always open," she said. "Let’s listen to common sense and find common ground together."