There is also a plan in place to bring guests back to Six Flags over Texas, our area's most popular theme park.

ARLINGTON, Texas - There is also a plan in place to bring guests back to Six Flags over Texas, our area's most popular theme park.

Amusement park officials are waiting for the okay from the governor's office and local health officials to reopen in Arlington.

The governor has not yet given the green light for theme parks to reopen. But Six Flags is already getting the word out that they’ll be ready when he does.

When Six Flags over Texas and Hurricane Harbor once again open the gates to guests, the theme park promises things will be different. 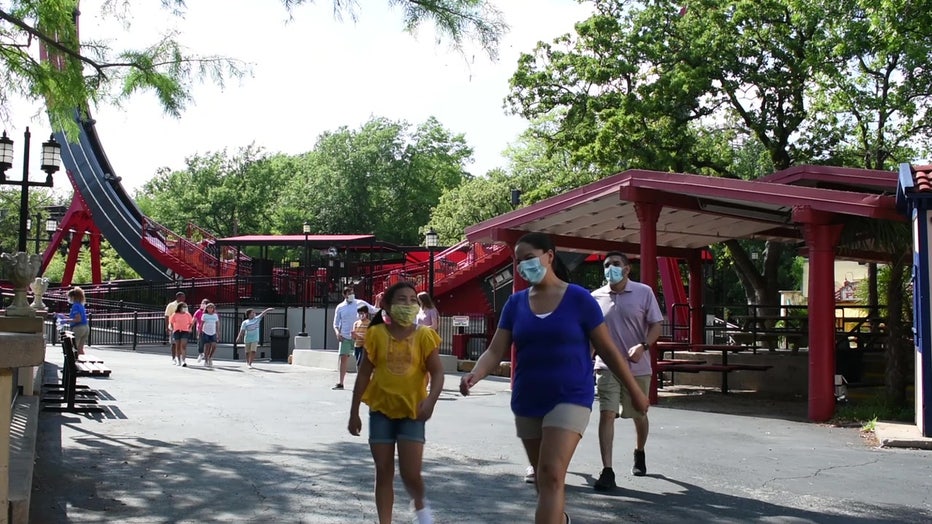 Masks will be required for all workers and guests over the age of 2, unless a person has a breathing problem.

There will be new cutting edge thermal imaging to take temperatures of all guests and team members entering the park.

And to limit crowds, reservations will be required.

Mike Davis, an economist at SMU, believes the reservations could be hard to come by.

But Davis says with theme parks forced to reduce crowds, it will likely be hard for them to turn a profit.

“I really wonder if a lot of these places have to this year give up on profitability,” he said. “Just try and lose a little bit less.”

Six Flags in Arlington has always been a summer tradition for many people. This summer will be a little different but the park now has a reopening plan. Communications manager Sharon Parker joins Good Day to explain. More: sixflags.com

The Six Flags Oklahoma City reopening is ahead of Disney World, which is expected to submit a reopening plan for its theme parks this week.

Davis points out that theme parks have never before faced a situation like this, even after fears surrounding 9/11.

The reopening plans for Six Flags and Hurricane Harbor come on the same day that California's governor said Disneyland, Sea World and its other parks could likely open in Stage Three. That could happen as early as next month.

In Florida, Sea World Orlando is hoping to reopen in June.