For 24-year-old Dallas native Marvin Terry, it’s been a difficult journey, but the latest part of his road to redemption is being invited to the New York Jets’ rookie camp.

DALLAS - Every year, NFL teams hold rookie camps that offer a chance for undrafted free agents and invites to try out for a spot on the team.

This season, a Dallas native is headed to the New York Jets’ rookie camp.

For 24-year-old Marvin Terry, it’s been a difficult journey. One filled with highs and lows.

His love affair with football began at 11 years old.

"I basically started practicing with my little cousin," he recalled.

In 2016, the South Oak Cliff High School graduate was on the path to the pros after committing to the University of Missouri.

But an arrest for assault derailed his career.

Missouri dropped him and the scholarship offers went away.

"At first, it was very depressing, especially with all of the hopes everyone else had in me," Terry said.

With help from his family and mentors, Terry began his road to redemption.

"It was a terrible feeling, but I stuck with it and kept going," Terry said.

Terry went to junior college, then on to Delta State University in Mississippi.

His sophomore year, he broke his hand.

"It's another thing I've got to get up from," he said. "So everything is making me stronger, more and more tougher as the journey goes on."

Still, the outside linebacker excelled and was selected to the 2021 American Football Coaches Association All-American First-Team.

Terry wasn't selected in the NFL draft, but after the draft, the New York Jets came calling.

An emotional Terry was invited to take part in the Jets’ rookie mini-camp.

"I'm going to do my best to continue to be me and show my personality. My game speaks for itself," he said. 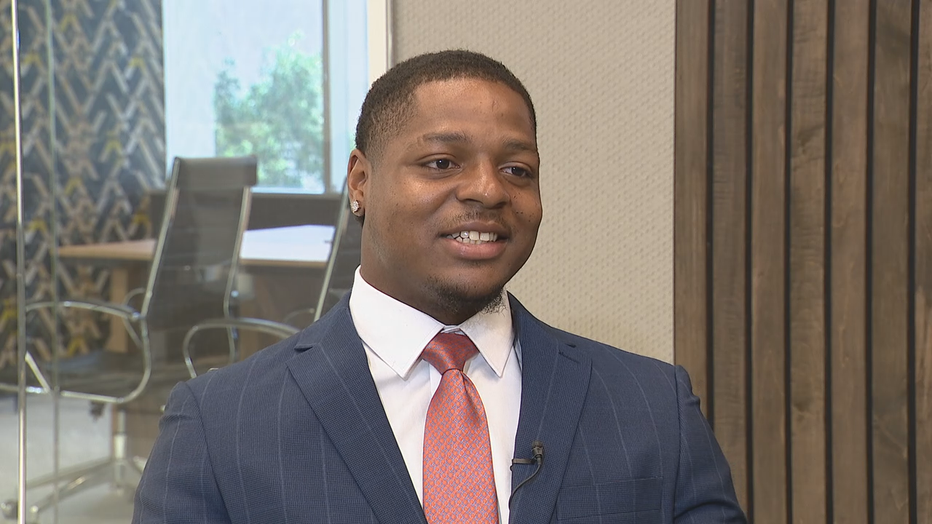 "He understood it’s a privilege not a right to play in the NFL. To even have an opportunity," Musgrove said. "Right now, we're just thankful for this step in the journey."

Terry is too. His childhood dream delayed, but slowly coming true.

"Never give up, never listen to the outside people looking in on your situation because, at the end of the day, they don't have the last word, God does," Terry said.

Terry flies out to New York Thursday, where he'll take part in a rookie mini-camp and have a chance to show the coaches what he's got.

The important date is August 31.That's when Terry finds out if he made the team.