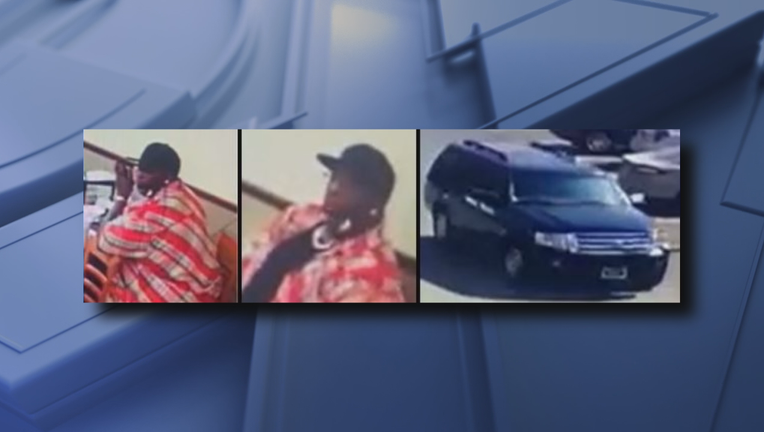 DALLAS - Dallas police are looking for a man who they said committed a lewd sex act in front of children.

It happened just before 4:30 p.m. on April 11 at a restaurant along Hampton Road, just south of Interstate 30 in West Oak Cliff.

Police released a photo of the suspect and the black Ford Expedition he left in.

He’s described as a heavy-set Black male who weighs about 350 pounds and is about 6 feet tall.