The man who fatally shot a Dallas Police Department officer at a Home Depot in 2018 was given a life sentence after pleading guilty to the crime.

DALLAS - The man who fatally shot a Dallas Police Department officer at a Home Depot in 2018 was given a life sentence after pleading guilty to the crime.

Under those circumstances, the Supreme Court says a person is not eligible for the death penalty.

Creuzot said life in prison without the possibility of parole was the next best option.

At the virtual court hearing Friday afternoon, Juarez pleaded guilty to all five indictments filed against him.

Santander was shot by Juarez inside a Lake Highlands Home Depot in April 2018, along with his partner, Crystal Almeida, and loss prevention officer Scott Painter. 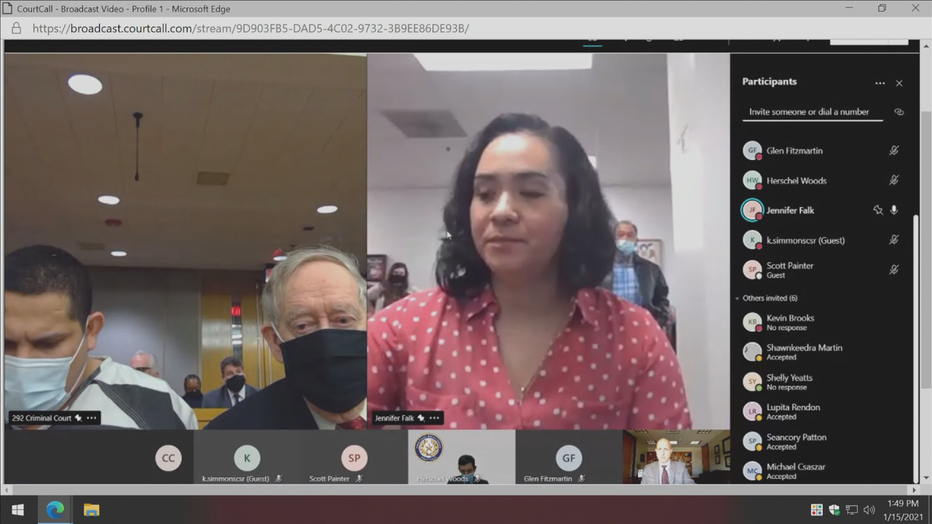 Officer Almeida, who lost her hearing and sight in one eye, gave a victim impact statement following the sentencing.

"You are so lucky you did not get the death penalty. I wish you would. I also wish you were given a punishment in the old days. An eye for an eye, a tooth for a tooth. If I could, for punishment, I want them to take your eye and hearing away like you did me," she said.

Juarez looked down the entire time Almeida spoke to him.

Before the hearing, several Dallas police officers lined up outside the Dallas County courthouse in a show of support for Almeida.

As part of the plea deal, Juarez has waived all right to an appeal.

The loss prevention officer who was shot watched the proceedings online, and Santander’s family did not speak at the hearing.