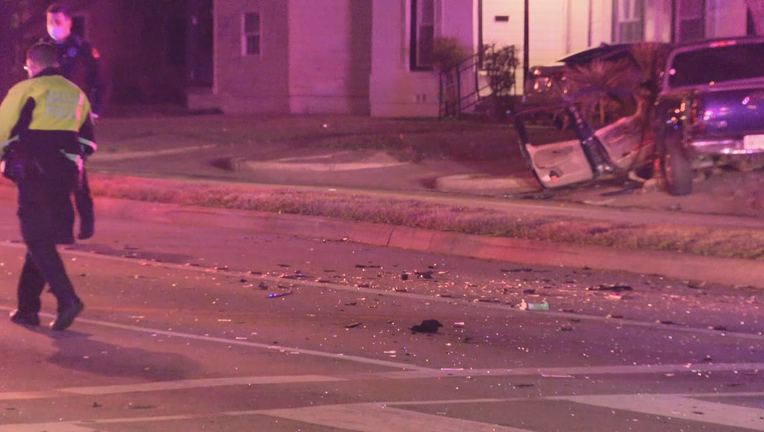 DALLAS - One person is dead and another is being investigated for intoxication manslaughter following a crash in Far East Dallas early Saturday morning.

Police said the crash happened just after 12:30 a.m., when the driver of a Ford F-150 died after being struck by a Chevy Tahoe that ran a red light at Ferguson Road and Joaquin Drive.

After the collision, the Tahoe went through a front yard and struck a home.

The driver of the Tahoe was taken to a hospital for a laceration to his head, and police said he is being investigated for intoxication manslaughter and possible intoxication assault.

There were four other people in the Tahoe, and police said a 10-year-old was taken to a hospital for a possible broken arm.