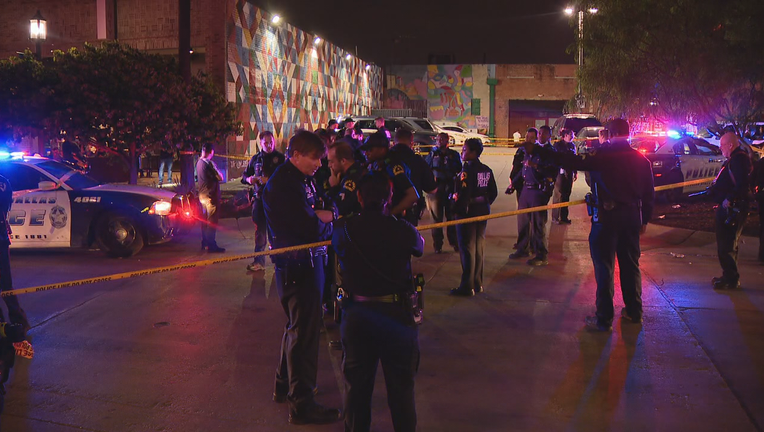 DALLAS - A 27-year-old man is in critical condition following a shooting early Sunday morning at a club in Deep Ellum.

According to Dallas police, the shooting happened just after 3 a.m. after a fight in the parking lot of a nightclub on Elm and Crowdus streets.

One of the people involved in the fight pulled out a gun and shot the victim, who was taken to a local hospital in critical condition.

Police are continuing to search for the shooter.