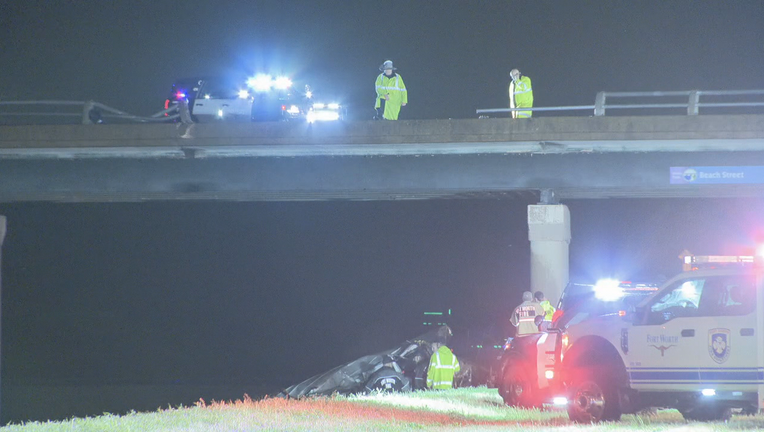 FORT WORTH, Texas - The Fort Worth Fire Department found one person dead in an SUV that was driven into the Trinity River early Sunday morning.

Police said the driver of the SUV lost control and drove through a guardrail on South Beach Street, near I-30, at 12:30 a.m.

The dive team said once they reached the vehicle, they found a man dead inside

The process of getting the vehicle out of the water began Sunday morning.

The crash is being investigated by Fort Worth police.